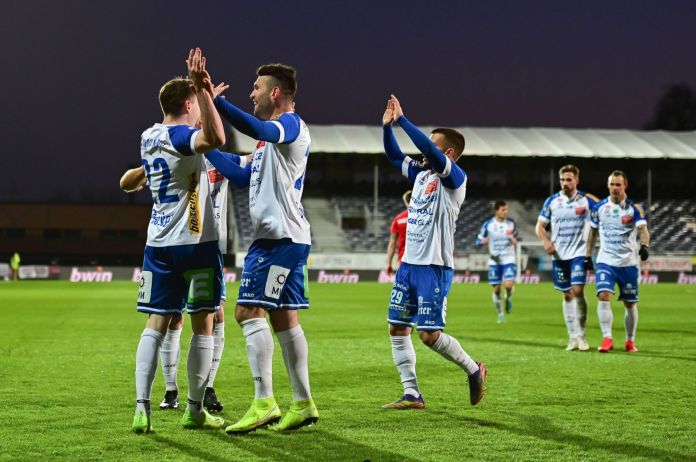 The champions group of the Bundesliga is within reach for TSV Hartberg. After the 2-1 home win against bottom-league Admira (match report + VIDEO highlights), the Styrians currently in fifth place will be among the top six teams after the 20th round. Two rounds before the division of the league, coach Markus Schopp’s squad pushed WSG Tirol, who played 1-1 against Sturm Graz (match report + VIDEO highlights), out of the elite circle. “To be in the top six again would be a huge story“, Emphasized Schopp.

The form curve speaks for the TSV, who surprisingly got the ticket for the “upper play-off” last season in sixth place with 29 points. “To be at the top, you need to deliver continuously in 22 rounds. We have succeeded very often. The fact that we are where we are is confirmation that a lot is no coincidence“, The Hartberg trainer said to Sky. The Styrians have only one point less than in 2019/20 after the end of the regular season – mainly thanks to 13 points from the last five games.


With a 1-0 win against WSG Tirol, 2-1 at LASK and the current success, they won three times in a row with one goal difference. “Until recently we played games where the performance was okay but we didn’t reward ourselves with points. Now we have a phase where we didn’t play that well, but we scored fully“, Summarized Schopp. He was satisfied with the performance of his squad against Admira. “Today we deservedly decided a very important game, which we played very actively for over 90 minutes“, The ex-ÖFB team player described his point of view.

Top six can be fixed at Rapid and against St. Pölten on your own

As a reward there was the advance to fifth place, whereby the WAC had the opportunity to overtake with a point or a victory in Ried on Sunday. “If someone had said four weeks ago that we are now in fifth place, few would have signed. You can tell what is possible when we implement our match plan 100 percent and it works from start to finish. Of course, luck is also a part of it, but you have to work hard for that“Said striker Dario Tadic.

At Rapid and against St. Pölten you have it in your own hands to repeat the previous year’s success. “There are two brutally important games, we will see that we do our homework,” said Tadic. Nobody expects a sure-fire success. “There are still difficult opponents ahead of us“Warned Schopp. If it doesn’t work with “up”, you are well positioned to fight for relegation thanks to a 15-point cushion at the bottom of the table.

The Admirans lost three of their last four league games. “The situation is a bit difficult, but I’m staying positive because I can see that a lot is right in the team. This is a good basis for the future, ”said coach Damir Buric. From his point of view, his protégés would have “at least a tie” earned. The Croat relied on a possible wrong decision before conceding the first goal, where the ball could have been over the goal line when Tadic crossed it. “So I can’t wait for the video evidence to come“, Emphasized Buric.

The video assistant referee would have been helpful in Tyrol too, as a goal by Thanos Petsos was in accordance with the rules, but only revoked after some discussions between the referee and linesman because of an offside position. “I see it as critically as the goal that was not given last week in the southern part of the city. But unless there is video evidence, these discussions are of little value“, Said WSG trainer Thomas Silberberger.

Schüttengruber: “Never have a reception there in the corner”

Even more bitter for him was ex-WSG striker Kelvin Yeboah’s equalizer in the 92nd minute – a deja vu. “That was again a situation in which we defend rather poorly and again we get the goal.“This means you need help from the rifle to dock at the top. Tyrol goal scorer Tobias Anselm did not spare criticism: “We work our asses off for 90 minutes and then that. We have to decide a game like this for ourselves if we want to be in the master group.”

Even in the storm, the self-confidence did not increase immeasurably, after the cup-off against Salzburg, reparation was given as a motto. “Maybe I see it a little too critically, but that is not the result we wanted“, Stressed striker Kevin Friesenbichler. His coach Christian Ilzer was not dissatisfied with the course of the game: “In the end, I think we can live with this point quite well.”

Frankfurt am Main: traffic jam on B 43 between Terminal 1...

Judgments – Berlin – Court does not allow demonstrations on New... New Corona measures – Sommaruga: “Important for the population to know...

This is how it is for “Ocotomom” Nadya Suleman and her... 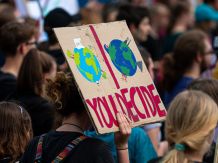