No more glyphosate in sensitive places. This is how the content of the motion that the turquoise-green coalition tabled in parliament yesterday can be summarized. According to this, a partial ban on the weed killer should apply, for example in children’s playgrounds, parks, swimming pools or schools. This also affects house and allotment gardens as well as private use. A vote is to be taken in May.

“With the partial ban, we have taken the first step towards an EU-wide total ban on glyphosate. This prohibits the sale of the pesticide to private users in Austria, it will finally disappear from the shelves of hardware stores,” said Olga Voglauer, agriculture spokeswoman for the Greens.

A total ban on glyphosate is difficult to achieve under current EU law. According to EU legal expert Walter Obwexer, going it alone is only possible under two conditions: New scientific findings would have to be presented that were not known when glyphosate was approved in 2017. And there would have to be proven specific problems, for example for the environment or health, which only exist in Austria but not in any other EU country. The expert did not consider either of these two conditions to be achievable.

“In its statement, the EU Commission unequivocally states that a total national ban is not compatible with applicable Union law,” said VP Agriculture Spokesman Georg Strasser.

Strong criticism of the planned partial ban came from the SPÖ and numerous environmental organizations. “The Greens have finally buckled in front of the agricultural lobby. Instead of finally implementing the total ban on glyphosate in Austria, the ÖVP and the Greens want this environmental toxin to continue to be used in agriculture and thus also enter the food chain,” said SPÖ Vice Club boss Jörg Leichtfried .

For Greenpeace, the legislative proposal introduced by the governing parties to the National Council is “an environmental indictment”. Global 2000 also criticized the submitted “glyphosate ban light” as “completely inadequate”, which de facto left out agriculture, by far the largest cause of Austria-wide “glyphosate emissions”. It is nothing more than a “missing topic”.

The evolution of the PlayStation consoles

“Where is Robert flying to, what is he experiencing now?”

Jens Harzer kept the Iffland ring next to his underpants

How big will the protests of Navalnyj’s supporters be?

German silent film award for the reconstruction of the “Golem” music 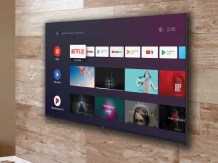 Nokia televisions are delayed: so it goes on now