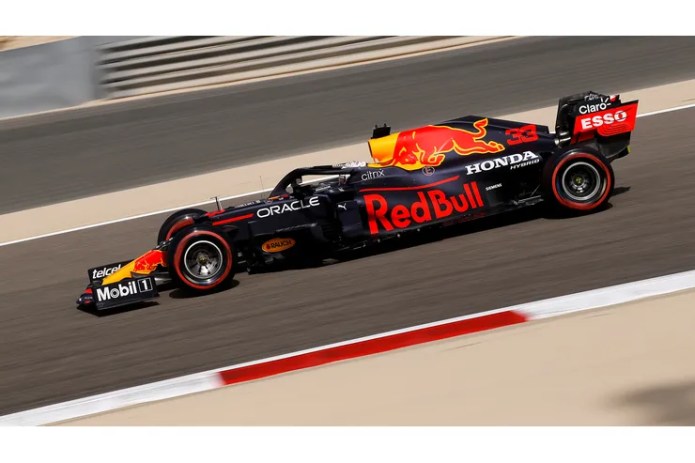 Max Verstappen is the driver to beat in Bahrain. In the third practice session, the Red Bull star dismantled Mercedes’ rivals. Pierre Gasly moved up to third place in the Alpha Tauri. McLaren fell behind. Sebastian Vettel still has a lot of work ahead of him, while Mick Schumacher exhausts the possibilities.

Now Red Bull can no longer push aside the role of favorites. After the fastest lap in the test drives and three best times in three training sessions, Max Verstappen is in great shape. Yes, the third training session for the Bahrain GP took place in daylight and in great heat. The mercury climbed to 38 degrees. The sun heated the asphalt to almost 50 degrees. In the qualifying evening it will cool down and the cars will have to be driven differently. But the distance has to give the competition something to think about.

Red Bull’s spearhead left Lewis Hamilton in the Mercedes by over seven tenths of a second. Verstappen set a lap time of 1: 30.577 minutes in the Bahrain International Circuit on the soft tires. He undercut his Friday time by almost three tenths of a second. The track is still slower than during the test drives. But there is no stopping Verstappen.

Mercede doesn’t seem to be able to follow Red Bull.

The team from Milton Keynes is still a one-man team. Sergio Perez doesn’t feel that comfortable in the car yet. “I’m still thinking too much,” said the Mexican yesterday. In the long run he gets along better with the RB16B, but his team mate flies away on a fast lap. In the third training session, the veteran was 1.331 seconds apart from the garage neighbor. Perez finished fifth.

Mercedes still has work to do if they want to catch up with Red Bull. At the moment, second place seems like the highest of emotions. While the world champion put in a solid training session, Valtteri Bottas was particularly noticeable because he often got off the curb in turn four. The race management canceled several lap times for the Finn. The bottom line was that Bottas came fourth. Hamilton distanced him by half a second.

Alpha Tauri confirms the shape of the test drives. Pierre Gasly played the violin and moved into third position. Let’s see if the winner of the Italian GP 2020 can also be the first pursuer of the top teams in the qualifying in the evening. Or whether Alpha Tauri was already a bit lighter and with more engine power.

The midfield is mixed up. Carlos Sainz repeated the performance from the previous day and classified himself in sixth position. The Spaniard was now faster than Charles Leclerc in two of three training sessions. The Monegasse spun off the track in turn three on his first run on the soft tires, but didn’t hit anywhere. After 60 minutes, he ended up outside the top 10, 1.905 seconds behind.

The field expanded significantly. On Friday, 15 drivers were within a second. In the third training session, only Hamilton kept to Verstappen within a second. Alfa Romeo mixes up the midfield. Kimi Raikkonen steered his C41 with Ferrari power to seventh place. Alpine gave a first sign of life. The French factory racing team got bogged down on Friday. You tried three different subfloors and found no green twig. 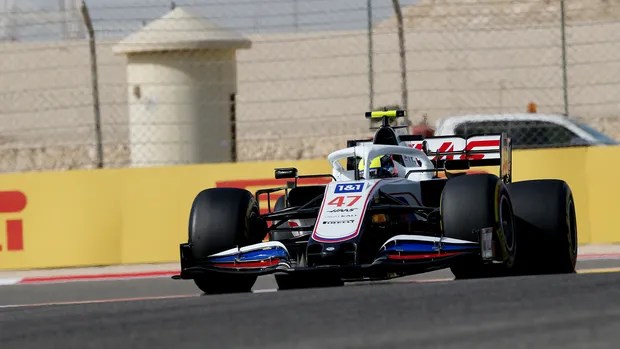 Mick Schumacher continues to reel off a faultless race weekend.

Esteban Ocon was in eighth place. Fernando Alonso still has to find time. For the third time this weekend, the matador suffered a training defeat. Even for another ex-world champion, things don’t yet work out. Sebastian Vettel struggles with his Aston Martin AMR21. The engineers are looking for grip, but haven’t found it yet. The Heppenheimer was 14th ahead of Alonso. Vettel also experienced a moment of shock. Part of his Aston Martin came off and hit his helmet. He did not injure himself.

In contrast, Lance Stroll and Daniel Ricciardo in the McLaren made it into the top half of the table. The team from Woking crashed compared to the previous day. But only the qualification will reveal the true balance of power in the field. Mick Schumacher has been exhausting his possibilities so far. Again he reached 18th place. Again he held the teammate and Nicholas Latifi behind him. Like yesterday, Nikita Mazepin spun off the track in the downhill section of turn seven.

Energy consumption in Germany: climate targets for 2020 achieved due to...

From the “socialist cemetery” to Lichtenberg town hall

“Why is Pocher still on RTL and not me?”

Relations with Great Britain – This is what Brexit means for...