The murder of a young woman from London by a police officer and the crackdown on protesters by law enforcement officers have sparked a new debate in the UK on violence against women. Now the government is trying to smooth things over.

On a Wednesday evening in early March, 33-year-old Sarah Everard leaves a friend’s apartment in south London and walks home. She talks to her partner for 15 minutes on the phone, and they arrange to meet for the next day before crossing the popular Clapham Commons neighborhood park at around 9:30 p.m. She wears jogging shoes and takes a longer but better-lit walk home, and yet she should never reach her apartment in Brixton. When she does not show up for the appointment the next day, the partner alerts the police. After a day-long search, the bad suspicion is confirmed: The young woman was kidnapped on the street and later murdered, her body is found in a forest in Kent. The alleged perpetrator is a 48-year-old police officer who has now been charged with murder and kidnapping.

Before Your Eyes – indie game with innovative blink controls will... 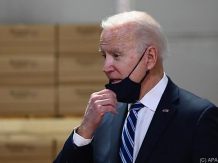