Berlin (dpa) – In view of the ever higher number of infections, concerns are growing about a new threatening escalation of the corona situation in Germany. With a view to Easter, warnings about caution and stronger countermeasures are getting louder.

The President of the Robert Koch Institute (RKI), Lothar Wieler, warned: “There are very clear signals that this wave can become even worse than the first two waves.” Federal Health Minister Jens Spahn (CDU) asked citizens to ideally only meet outside at Easter. He appealed to the federal states to consistently apply the agreed emergency brake in the event of a high infection rate. North Rhine-Westphalia does not want to move nationwide from Monday, but regionally for the time being.

Spahn said in Berlin that the number of infections was currently rising too quickly, and the more contagious virus variants made the situation particularly dangerous. “If this continues unchecked, we run the risk that our health system will reach its limits in the course of April.” The number of intensive care patients in clinics is increasing faster. The containment of infections remains important even with vaccinations, which are now more popular. “The higher the incidence, the less the vaccination helps to push the numbers down.”

The “emergency brake” agreed by the federal and state governments stipulates that openings should be withdrawn if the seven-day incidence in a region or state rises to over 100 on three consecutive days. Nationwide, this number of new cases per 100,000 inhabitants increased again to 119 in seven days, as the RKI announced on Friday. But there are also regional differences – from 61 in Saarland to 221 in Thuringia. RKI boss Wieler said: “If we don’t take countermeasures immediately, the consequences will be serious.” It is conceivable that there will be 100,000 new infections per day if the third wave is not contained. There are currently around 21,500 new cases.

THE REGIONAL APPROACH: The most populous federal state of North Rhine-Westphalia does not want to pull the emergency brake across the country for the time being, despite increasing numbers. Only in municipalities with a seven-day incidence over 100 must shops, sports facilities and cultural institutions close, according to a published ordinance. Affected districts and cities may allow exceptions for people with a daily negative quick test or self-test. Prime Minister Armin Laschet (CDU) had initially said about the emergency brake that the whole country was the benchmark. However, he had also emphasized that a new chapter had to be opened, that pure closing had reached its limits.

Lower Saxony’s Prime Minister Stephan Weil (SPD) also promised regional countermeasures. He expects “that we will experience significantly more curfews in our country in the future, especially in the hotspots”. He also pointed out that the North Sea resort of Cuxhaven, for example, wanted to prevent national day tourism. In Brandenburg, the Ministry of Health is again keeping more beds free in the clinics. Bavaria’s Prime Minister Markus Söder (CDU) called on all countries to implement the emergency brake in hotspots. Where it is exposed, the pandemic threatens to be played down.

THE PERSPECTIVES: This Easter can not be organized as usual, said Spahn. Germany has probably “reached the last part of this pandemic marathon” – and it is not uncommon for “every further step to look like an ordeal”. That’s probably how many are doing right now. Federal President Frank-Walter Steinmeier called for patience and confidence. “Yes, the tunnel is longer than we thought and hoped,” he said in Berlin. “But right now in the face of the third wave is not the time for resignation, despair or reckoning.” The head of state also spoke of a “marathon”, the last third being the hardest part of the route.

THE VACCINATIONS: After a lot of frustration about too few doses and problems with making appointments, the corona vaccinations should get more revved up from April, as Spahn again made clear. 15 million cans are expected in the next month – more than were injected in the entire first quarter. With a view to the vaccination centers in the federal states, the minister called for the use of available vaccines. The groups currently waiting for vaccinations are very large. “Vaccination appointments are too valuable to let them expire.” “Creative solutions” are also in demand, for example with stand-by lists. This means that you can inject leftover vaccine on weekends at the end of the week.

Spahn pointed out that the vaccinations of older people were already having an effect. The 7-day incidence among those over 80 years of age fell from more than 290 to 55 at the beginning of January. They are currently only “below average” involved in the infection process. Corona outbreaks in nursing homes have also decreased significantly, from more than 370 per week at the end of 2020 to less than 20 per week. Overall, a little more than 10 percent of people in Germany have now been vaccinated at least once. 4.4 percent received the necessary second dose, as can be seen from the RKI figures.

THE TESTS: Spahn also called for testing opportunities to be used. For this purpose, an almost nationwide offer of more than 10,000 test sites in federal states and municipalities has been created. At least one free quick test per week by trained staff is possible for all citizens. The aim is to enable tests at least twice a week in schools and daycare centers as well as in the professional world and in companies. “If you don’t want to close daycare centers and schools, you have to protect them,” said Spahn. In addition, there should be “event-related” tests for opening steps – these should primarily be self-tests.

“It won’t be like in the GDR”: Linke demands: Open Spreepark.... 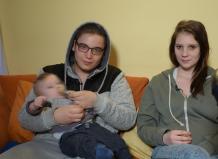