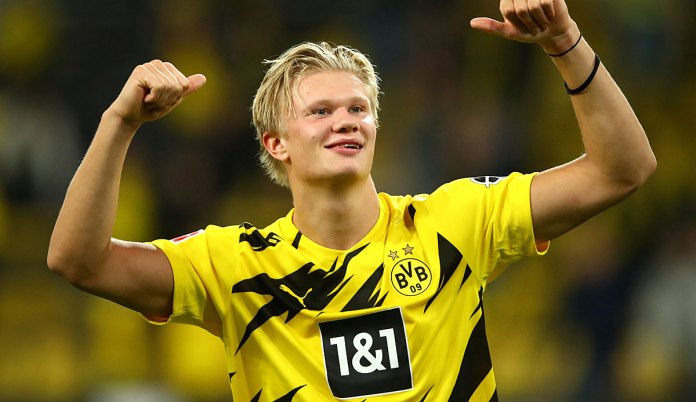 President Herbert Hainer of Bayern Munich wants to keep national player Leon Goretzka in the long term. “Leon Goretzka has developed enormously in the last twelve months. In my opinion, he has become one of the most important players and a guarantee for our success. Yes, we want to extend with him,” said Hainer in an interview with Sport1.

Goretzka’s contract expires in summer 2022. The 26-year-old had recently found his top form again quickly after recovering from the corona disease.

Somewhat surprisingly, Hainer also promised Niklas Süle a contract extension. “He’s an important player for us. We’ll sit down with him in the spring,” he said. Süle, who is also bound until 2022, has so far been considered controversial internally. However, he had recently stabilized in the unfamiliar position of right-back.

In the interview, Hainer also strengthened Bavaria’s profile as a buyers’ club. When asked about the release clause of BVB star striker Erling Haaland, which will cost 75 million euros from 2022, he made it clear: “We are an economically very strong and healthy club. Although we are also suffering massively from the pandemic, we can always bring in players, when we are convinced of them, “he said.

This is proven by the summer transfer of Dayot Upamecano for 42.5 million euros from Leipzig. Basically, according to Hainer, Bayern will “go even more on our successful path of signing young players with outstanding skills”.

Müller back to the DFB: “Would look good on every team”

Hainer named players like Joshua Kimmich, Kingsley Coman, Alphonso Davies and Jamal Musiala as “evidence that FC Bayern is a club where exceptional talents can develop into top international players”.

Nonetheless, he thinks big things on veteran Thomas Müller. The 31-year-old “would look good on any team – including the DFB selection at the European Championship,” said the president. He could even “imagine” that Müller would help out in the national team at the EURO.

Robert Lewandowski, who has already scored 28 goals in the current Bundesliga season and is setting out to break the all-time record set by Bayern legend Gerd Müller, sees Hainer as the “great heir” of the nation’s bomber: Breaking Gerd’s 40-goal record? We’ll see. He has every chance, but it won’t be easy. ”

Germany will incur so much new debt

Interview with publisher Christoph Links: “Even after 30 years there is...

Ex-Minister Kneissl gets a job at a Russian energy company

Apple brings the next release candidate of iOS 14.3 and macOS...

Guterres calls for negotiations in the Nagorno-Karabakh conflict