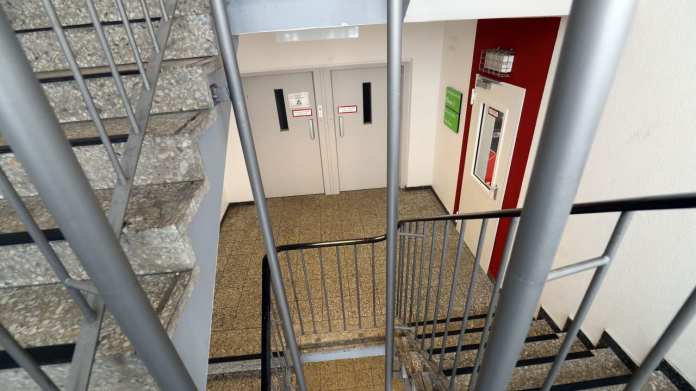 Hagen (North Rhine-Westphalia) – Two children (13, 14) are said to have raped a young woman (21) in Hagen – directly above the main police station!

The German boys are said to have attacked the victim on Friday afternoon in front of the elevator door on the 3rd floor. According to BILD information, surveillance cameras recorded the crime.

The older alleged perpetrator already has a thick police file. Among other things, he was noticed by property damage and break-ins. He has only recently been released; a juvenile judge had previously sentenced him to four weeks’ arrest. He is on remand because of the rape allegation.

His friend, who is not yet of criminal age, was handed over to the youth welfare office by the police.

According to the public prosecutor’s office, the victim came to Hagen by train. The suspects drank alcohol with the young woman and, according to witnesses, bought a bottle of vodka from a city kiosk. Then they went into the parking garage with two other acquaintances.

In front of the elevator on the third floor, the two are said to have abused the woman together. The victim later filed a complaint. Police officers were able to temporarily arrest the suspects a little later. The two acquaintances are said to have witnessed the alleged rape.

Just a few weeks ago, a similar act in Wendlingen (Baden-Württemberg) caused horror. There, three young people (16, 17, 19) are said to have raped a 13-year-old in a business park.

In these Franconian regions, the 15-kilometer rule threatens tomorrow

History – Berlin – dealing with colonialism as an everyday project...

The tension rises before the “Megxit” interview

Mutations and controversial opening strategy: Spring in Berlin and no relaxation...

New televisions with mini LED technology will be presented at CES...