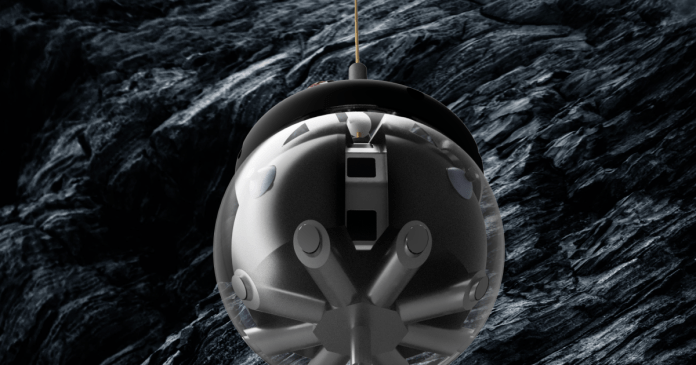 Daedalus is a spherical robot that could find water ice and possible habitats for lunar settlers for ESA.
The robot Daedalus (Descent And Exploration in Deep Autonomy of Lunar Underground Structures) looks like a very futuristic hamster ball at first glance. However, it is not a toy, but a sophisticated system that scientists should use to explore the caves on our moon.

When analyzing the lunar surface, orbiters were able to spot deep pits. These could be “skylights” with lava caves underneath. They could provide access to previously untouched lunar material and possibly even water ice deposits.

In addition, ESA can imagine that such caves will become habitats when the moon is colonized. The caves offer natural protection from radiation, micrometeorites and extreme temperatures.

The spherical robot has a diameter of 46 centimeters and is equipped with a LIDAR system with which 3D maps of the caves are created. It also has a stereoscopic camera, temperature sensors, a radiation dosimeter and extendable arms that can be used to remove obstacles.