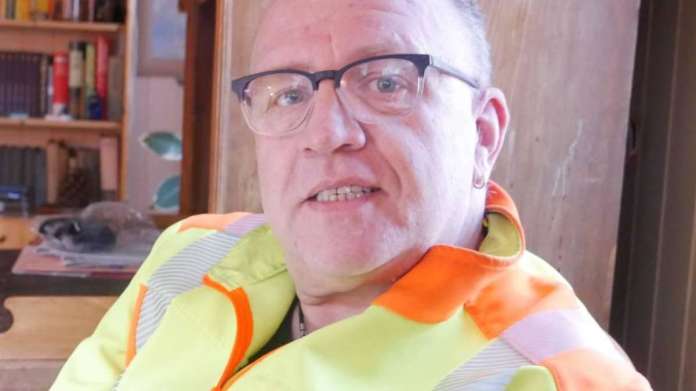 A nurse from Hanau survived his corona infection. But his health is not back yet.

Hanau – “I can’t say whether we’ll be wearing face masks in three years’ time. But we will have to deal with the coronavirus for a long time. That is why I am an advocate of vaccination so that we can visit concerts, cinemas and restaurants again, ”emphasizes Peter Buschmann in an interview with our newspaper. The 58-year-old runs a hospital ward in a Hanau clinic.

Covid-19 has been a bitter reality for him for a year, and not just because of his job. He was infected with the virus at the end of November 2020. “Last year we gave our best at work. Extra shifts were the order of the day. The intensive care unit was hit particularly hard. It is really brilliant what the colleagues have done, ”said the nurse.

During the first wave, Peter Buschmann worked on the Covid station. Images of intensive care units with people lying on their stomachs, connected to ventilators and being looked after by personnel in astronaut-like protective suits are well known from television. In the Covid ward, however, those patients who are a little better are admitted. “I didn’t have any physical problems while working on the Covid station. Mentally it was still a heavy burden to see that some patients were transferred to the intensive care unit and did not survive. I also found it exhausting to constantly put on and take off protective clothing, ”says Buschmann.

A nurse from Hanau fell ill after a corona infection: It all started with a little cough

A year ago, the virus hit the world in shock. Nobody was prepared for a pandemic like this, and everything was lacking: masks, tests and protective clothing. “The disinfectant and toilet paper were regularly taken to the visitor’s toilets in the hospital. That was awesome, ”smiles the nurse.

On November 30th, Peter Buschmann drove to work with a little cough and a slight feeling of weakness. A test then brought certainty. He was infected with the corona virus. At that time the station manager was busy at the holding station. There, patients are prepared for an operation. Immediately after the test, he did not take his illness further tragically. Buschmann was on sick leave and drove home, where, similar to a flu-like infection, he hoped for a few relaxing days with interesting reading. A person like him who cycles 40 kilometers back and forth to work almost every day, whose immune system must be intact, he told himself.

Man from Hanau fell ill with Covid-19: Buschmann was also concerned about his mother

“But two days later nothing worked. I lay flat and could only get up with tremendous effort to go to the bathroom or to get the food that good friends had put out for me. I did not have a fever, but felt very, very weak, suffered from leaden fatigue, body aches, loss of smell and taste, and shortness of breath. I got up for the first time in two weeks and carried a bag of rubbish down the stairs. Even though it was only one floor, when I came back I felt like I had climbed Mount Everest. I was pumping hard for air, ”explains Buschmann.

In addition, he was worried about his 79-year-old mother, whom he had visited the day before his positive test. “Like every year on the first Advent, my mother and I baked stollen together. Of course, I infected her in the process, because I didn’t know that I was already carrying the virus, ”Buschmann continued. Fortunately, however, the old lady had a significantly lower viral load than her son, so that although she got through the disease with aching limbs and loss of sense of smell and taste, overall symptoms were milder.

Hanau: Covid 19 sufferer was afraid of suffocating in his sleep

Although Peter Buschmann found it difficult to breathe and was often unable to fall asleep for fear of suffocating in his sleep at night, he decided against being admitted to the hospital. “I didn’t want to burden my colleagues with my illness. In nursing, the motto is: ‘Hold on as long as you can and don’t burden your colleagues’, he explains the professional ethos “.

A suitcase packed as a precaution for the hospital had stood by his bed. The ward manager got help from the hospital anyway. Some doctors kept calling and asking how he was feeling. At Christmas, which he spent contactless, he had only one wish, and that was to regain his health.

Nursing nurse from Hanau: feeling aged by years due to Covid-19

Although he has not yet regained his old condition, Peter Buschmann returned to his job after six weeks. “Even after 40 years, I still love my job. My work brings me fulfillment. I have a great team, ”he makes clear. Fortunately, as a station manager, he was able to take it slowly and delegate work. Today, over three months later, Buschmann is still suffering from the consequences of his illness. “Unfortunately, Long Covid is no exception. It is estimated that up to 50 percent of patients are affected and by no means only the elderly. Some rehabilitation clinics have already adjusted to Long Covid, ”he informs.

Although Peter Buschmann now rides his e-bike to work every day, the illness has made him feel years old. According to his own statements, he suffers from massive joint pain, similar to osteoarthritis.

After corona infection: Nurses from Hanau are 100 percent at work again

However, he is particularly concerned about recurring concentration disorders and forgetfulness. It could happen that he was talking to people and later no longer knew what they were talking about. “This can also happen if the disease progresses slightly. Unfortunately, medicine still has no knowledge of whether this will go away again or whether it will get worse over time, ”he continues.

Nevertheless, the station manager is now 100 percent on duty again. “I haven’t forgotten anything essential at work. If that were the case, my colleagues would make me aware of it and I would draw the necessary conclusions, ”stresses Buschmann.

Even if he is now immune, he will be vaccinated and appeals to everyone to do the same. In a consistent vaccination of the population and extended tests, he sees a chance to return to the old life with trips, markets and festivals as well as visits to swimming pools, football stadiums, theaters, cinemas, concerts and inns.

WhatsApp starts with a new compulsory service – those who do...

Whatsapp voice messages before revolution: this is what everyone has been... 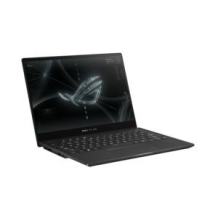