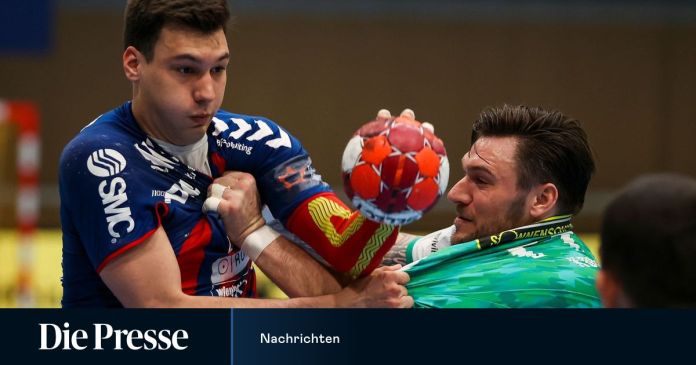 The Fivers Margareten defied German top club Füchse Berlin at 27:35 for one half. The logical consequence of strong performances in the European Cup are transfers.

The European League hit against Füchse Berlin (round of 16 first leg 27:35) was long over when Fivers coach Peter Eckl and manager Thomas Menzl were standing in front of the hall in Hollgasse in Vienna and lively discussed their team’s performance. Eckl wasn’t sure whether he could really be satisfied, Menzl took away any doubts. “A great performance, we held out against it. The most expensive player in Berlin costs as much as our entire squad, ”recalled the Fivers veteran, putting everything into perspective. Because the Germans have roughly a budget of six million euros, that of the Fivers scratches the million mark.

It was to be assumed that despite the great first half (15:17, up to the 27th minute 15:15) after 60 minutes, it was not enough, especially after Lukas Hutecek’s short-term failure. The 20-year-old is the dominant figure in the back of the Fivers, he broke the little finger of his right hand in the Cup at the weekend. Hutecek should return to the field after a forced break of around five weeks in the season finish.

But even without the Neo-Germany legionnaire (from summer at TBV Lemgo Lippe) the Viennese showed why they often caused surprises in the current European Cup season. The guests, currently sixth in the Bundesliga, were warned of the underdog’s high speed, but were surprised by it in the early stages. Her class prevailed in the second half.

Next Tuesday (8.45 p.m., live ORF 1), the Fivers’ European Cup trip will end with the second leg in Berlin with a probability bordering on certainty. You want to enjoy the guest performance with your opponent to the fullest. “We want to really annoy the foxes again,” says Eckl, whose team can do without legionnaires and will look very different in the coming season.

In addition to the departure of Hutecek, that of Nikola Stevanovic (Balingen-Weilstetten) has also been decided, at least one more will follow. Painful, but ultimately transfers are the best way of recognizing good work.

Bayer Leverkusen saves point against Augsburg in the last second –...

Best soccer team in history: two Germans are also there

Bishops on the Corona crisis in Stuttgart: “The churches are vital”...

Buy recommendations: Deutsche Bank analysts: These three stocks are worth a...