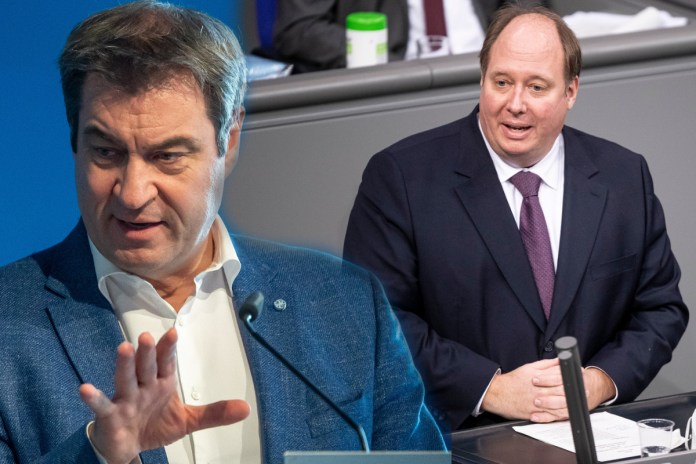 In view of the increasing number of corona infections, there is a debate in Germany about an early federal-state round and a tougher lockdown

Berlin – In view of the ever faster increase in the number of corona infections, a debate has flared up about a possible early federal-state round and a tougher lockdown. Bavaria’s head of government Markus Söder (54, CSU) rejected such considerations on Sunday: “It does not need constant new discussions, but the consistent implementation of the emergency brake,” emphasized the CSU boss in the “Augsburger Allgemeine” (Monday).

In the case of incidences over 100, this also included exit restrictions.

“A renewed MPK now sounds like a threat to many people,” Bartsch told the newspapers of the Funke media group.

In the direction of the federal government he criticized: “(…) precious time is wasted on topics such as the approval and pre-ordering of Sputnik-V or vaccinations by general practitioners.”

Baden-Württemberg’s Prime Minister Winfried Kretschmann (72, Greens), on the other hand, promised further talks between the federal government and the states about a hard lockdown at the beginning of the week, but not necessarily on a large scale.

“We also have to discuss this with other countries in advance, with the Federal Chancellery. We see, the numbers are literally racing up,” said Kretschmann on Saturday evening in Stuttgart. During the talks on Monday and Tuesday you have to “come to terms with clarity”.

The Green did not say whether the next conference of prime ministers, which is planned for April, has to be brought forward.

The SPD health expert Karl Lauterbach (58, SPD) had called for a quick new corona summit. “We have to renegotiate quickly,” he told the “Tagesspiegel” (Saturday). “It won’t work without a sharp lockdown,” he emphasized and defended his call for nationwide curfews. “Exit restrictions from 8 p.m. for two weeks would work – we’ve seen it in France, the UK and Portugal.”

Federal Health Minister Jens Spahn (40, CDU) said on Saturday: “If we take the numbers, including the developments today, we actually need another 10 or 14 days at least to properly shut down our contacts, our mobility.”

Meanwhile, the seven-day incidence in Germany continues to rise.

Most recently, according to the Robert Koch Institute (RKI), the value of new corona infections per 100,000 inhabitants within a week was 129.7, as shown by figures from Sunday morning. This means that the value is no longer as high as it has been since January 19 (131.5).

The data reflect the status of the RKI dashboard from 7.35 a.m., subsequent changes or additions to the RKI are possible. On Saturday the RKI had given the incidence as 124.9, on Friday with 119.1. The value is an important key figure for the course of the pandemic.

Regional exit restrictions so that the mutation does not become immune to the virus?

The health authorities in Germany reported 17,176 cases to the RKI within one day, the day before there were 20,472 new corona infections. The last 90 deaths were recorded within 24 hours.

Exactly one week ago, 13,733 new infections and 99 deaths were reported within one day.

The number of cases reported by the RKI is usually lower on Sundays, among other things because fewer tests are carried out on the weekend.

“If the number of infections rises rapidly parallel to the vaccination, the risk increases that the next virus mutation will become immune to the vaccine,” he told the “Bild am Sonntag”. In the event of such a mutation, “we would be left empty-handed again,” continues Braun.

Then new vaccines would be needed. Among other things, he called for regional exit restrictions.

In the future, the seven-day incidence and R-value should be taken into account for protective measures

In the future, in addition to the seven-day incidence value, the number of people vaccinated and the R value should also have to be taken into account when imposing corona protective measures.

The R value indicates how many other people infected by an infected person on average. The Bundestag decided on a corresponding amendment to the Infection Protection Act at the beginning of the month, and the Bundesrat also approved this on Friday.

More on the subject of coronavirus:

2 women dress up as grandmas to get corona vaccination

China: Because of corona reports! Journalist Zhang Zhan Sentenced to...

Acquittal for Trump after a political roller coaster ride

Firmware update improves the selection of the new version of a...

EU looks on: Panic Erdogan wants to save his majority

30 kilos more! That is why Fiona Erdmann is now...