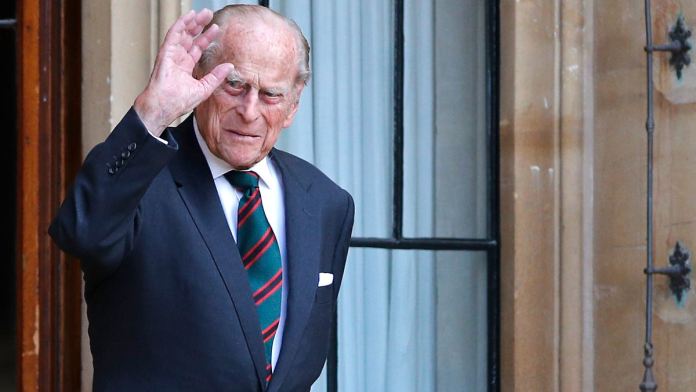 Prince Philip has been in the hospital for over two weeks. So far, nobody had on the list that he should have a heart operation there. Now, however, Buckingham Palace reports that the 99-year-old was successfully operated on.
According to Buckingham Palace, Prince Philip has successfully survived a medical operation on the heart. The operation, which was carried out on Wednesday because of a long-standing heart condition in the 99-year-old, went well, the palace said. However, Queen Elizabeth II’s husband will remain in the hospital for a few days for treatment and recovery.

Prince Philip has been hospitalized since February 16. At first it was said from Buckingham Palace that it was a “precautionary measure” because he had felt uncomfortable. A few days later there was talk of an infection, and on Monday he was finally transferred to St. Bartholomew’s Clinic in London, an internationally renowned heart center.

“We keep our fingers crossed”

On Wednesday, Duchess Camilla had commented on the health of her father-in-law. She said his condition had “improved slightly”. On the sidelines of her visit to a London vaccination center, she added: “We keep our fingers crossed.”

Prince Philips disease should not be related to the corona virus. The Queen and the family continued to attend official appointments during his hospital stay, while Prince Charles visited his father in the hospital in between.

Philip and Elizabeth II have been married since 1947. In 2017, the Prince Consort largely withdrew from public life. He had repeatedly struggled with health problems in recent years. In 2011 he had a stent inserted into his heart.

Covid-19 law – FDP parliamentary group leader: “There was something questionable...

US authorities call for the recall of 158,000 Tesla vehicles