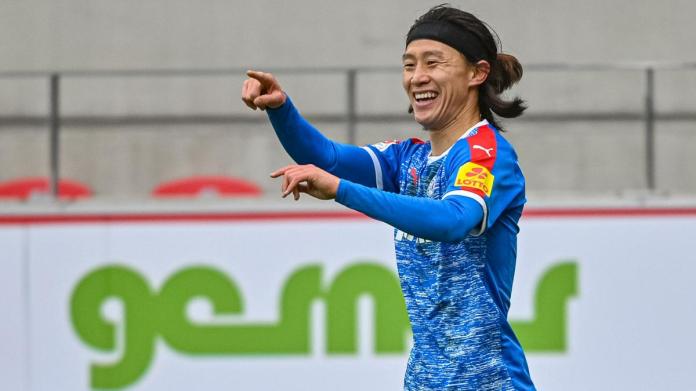 With Holstein Kiel, Jae-sung Lee is in third place fighting for promotion to the Bundesliga. Regardless of the outcome of the season, the 28-year-old attacking player will probably play first class in the coming season.
It continues below the ad

According to information from ‘Sky’, Lee is about to move to TSG Hoffenheim. All parties are confident, but there are still some details to be clarified. This does not include the transfer fee: Lee’s contract in Kiel expires in the summer, so the South Korean can switch for free.

Werder Bremen and Hamburger SV also showed interest in the strong left footer. In December, Lee already revealed that Lee was aiming for the next step in his career: “I’m not sure about the future, but it is likely that this season will be the end of time in Kiel. But I try to keep and feel as much as possible for the rest of the time. “

So now apparently the decision in favor of Hoffenheim. Lee had played for Kiel since summer 2018. The 49-time South Korean international scored 22 goals and 22 hits in 92 appearances for the Storks.

“I regret that.”: Spahn apologizes for Laschet advertising

News from winter sports – Wenger on the podium for the...

Draw for the quarter-finals today in the live ticker