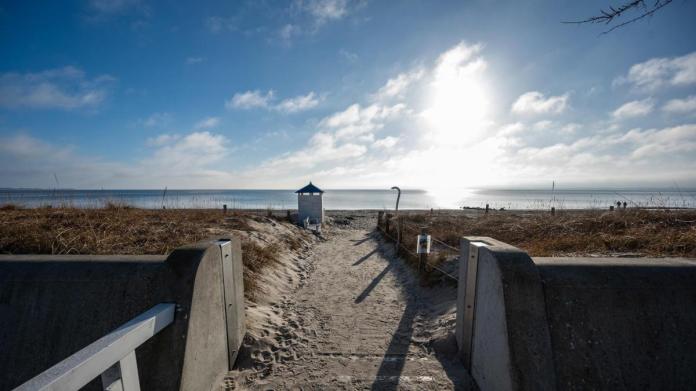 Dhe resolution proposal for the corona conference by the federal and state governments has triggered a maximum of incomprehension and bewilderment in the tourism industry and gastronomy.

“It is not only unsatisfactory, but also unacceptable that the politics of our industry continue to deny any prospects,” said Michael Frenzel, President of the Federal Association of the Tourism Industry (BTW), commenting on the announced plans before the summit: “Not until the end of March To want to deal with the topic of tourism, in the worst case completely without obligation, is a slap in the face of our entrepreneurs and three million employees and makes us stunned, ”he explained in a press release.

In the draft resolution, the federal and state governments only mentioned the tourism industry with reference to travel warnings and quarantine regulations. “Even outdoor catering – as the only specifically named part of the tourism industry – should only be given a completely unsatisfactory perspective in the last step and thus in the future in the current opening plan,” criticized BTW President Frenzel.

“The federal-state meeting on Wednesday must not go out without a concrete opening perspective for the catering and hotel industry,” demanded Guido Zöllick, President of the German Hotel and Restaurant Association (DEHOGA). The well-known resolution proposal of the round of four “does not take into account the expectations of the industry and many people in any way”.

There was a complete lack of prospects for restaurants, hotels and other types of hospitality industry. “That is the opposite of an opening strategy,” criticized Zöllick. The hospitality industry will not accept a continuation of the policy according to the motto “You stay closed to keep other industries open or open”.

The opposition also made serious accusations in advance: “The federal government has written off tourism,” said the tourism policy spokesman for the FDP parliamentary group, Marcel Klinge: “Once again, the entire tourism industry is being punished unjustifiably by black and red as a supposed pandemic driver.”

“Hotels and holiday apartments have no place in the opening concept”

In this criticism, Klinge referred to studies by the Robert Koch Institute, according to which organized travel does not contribute to the faster spread of the corona virus. From the FDP politician’s point of view, it is also incomprehensible that “gastronomy should take a back seat”: “Only outdoor catering is only included in the third wave of opening,” says the Liberal: “Hotels and holiday apartments have no place in the opening concept , they are being put off until the end of March, which is a disaster for those involved and their employees. “

Instead, the federal government even explicitly advises not to travel, criticizes Klinge: “Another slap in the face of one of the most important economic sectors in Germany.” Klinge described it as “completely absurd” that holidays in Mallorca remain possible, but not in the apartment on Usedom. “Instead of urgently needed prospects, the companies are being driven into bitter bankruptcy with seeing eyes.”

BTW President Frenzel expects that the Bund-Länder-Round will not only talk about tourism at the next meeting on March 22nd. Rather, the federal and state governments would have to agree on a binding, practicable and acceptable solution for traveling, going out and mobility in advance in the next three weeks, which can be implemented promptly. “Frenzel:” We want to know which one comprehensible, proportionate and justifiable conditions our operations are finally allowed to reopen. “

The President of the German Travel Association (DRV), Norbert Fiebig, pointed out the consequences of travel restrictions for developing and emerging countries. In many destination countries for European tourism, a “serious rise in poverty” can be observed, as well as social unrest and “increased poaching”, according to Fiebig: “The employees in the local tourism industry no longer know how to feed their families.”

After the historic slump in the Corona crisis year 2020, the travel agencies are also largely writing off the current tourism year economically. “It would be considered a success if we achieved around 50 percent of the sales volume of 2019 for the travel agency and tour operator market,” said Fiebig. After the record year 2019, sales from organized travel fell by 65 percent to 12.5 billion euros in the Corona crisis.

“This means that sales have fallen back to a level of over 30 years ago,” said Fiebig. “The organized travel market suffered particularly badly from the pandemic.” According to the figures, people in Germany spent almost 32 billion euros on travel in the past tourism year 2020/2021. That was a decrease of 54 percent.

According to the information, there are increasing signs of an increase in bookings, especially for the important summer season. “With the prospect of vaccinations and more opportunities for tests, the confidence that you will soon be able to travel again increases,” reported Fiebig.

Overall, however, the new bookings in the past few weeks remained at a level of around 20 percent of the previous year’s volume. “This drop in sales for tour operator bookings of over 80 percent compared to the same period last year will not even come close to being recovered, this year will continue to be characterized by losses for the travel industry.” Normally, the first weeks of the year are the main booking months.

“Everything on stocks” is the daily stock market shot from the WELT business editorial team. Every morning from 7 a.m. with the financial journalists Moritz Seyffarth and Holger Zschäpitz. For stock market experts and beginners. Subscribe to the podcast at Spotify, Apple Podcast, Amazon Music and Deezer. Or directly via RSS-Feed.

Secret revealed: the volume of the PlayStation 5 varies due to...

Coronavirus in Stuttgart: Young police officers yodel past the code of...

A lot of appointment shopping in retail – but hardly any... 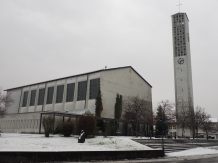 Animals in the zoo suddenly go into hibernation – BZ Berlin