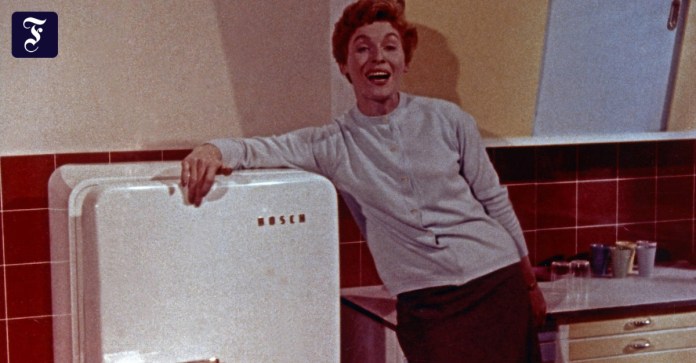 KFully automatic machines, mixers and kitchen machines have become the bestsellers with growth rates of 20 to 40 percent. The Corona-spurred trend towards cooking on the domestic stove is driving up sales of ovens, stoves and, as a consequence, dishwashers, especially when it comes to built-in appliances.

Bosch Siemens Hausgeräte (BSH) reported growth rates of up to 10 percent for them last year. The largest European home appliance manufacturer, which belongs to the Stuttgart Bosch Group and is based in Munich, not only achieved a record turnover of 13.9 billion euros, but also increased its – not quantified – operating profit even more and also set a new record.

BSH was one of the beneficiaries of the crisis. “The corona effect certainly helped us,” said CFO Gerhard Dambach on Tuesday. The pandemic has intensified the trend towards “cocooning” that has been observed for years, to withdraw into one’s own four walls. Furniture and kitchens were popular products in the crisis year 2020. People spent their time at home more than ever. Many invested the savings often planned for vacation in the kitchen. And you indulged in something, as the growing sale of higher quality, also networkable products showed, which has contributed to the records.

Will the trend continue?

For Carla Kriwet, chairman of the BSH management board, the perspective is even more promising: “The long-term trend towards cooking will continue even after Covid-19.” Surveys last year showed that two thirds of consumers cooked more than ever before. Kriwet knows the consumption habits: something like that is not lost.

BSH itself seemed surprised by the dynamism. After the slump in sales in the first half of the year, which was already apparent before the outbreak of the pandemic up to February 2020, there was a probably unexpected surge in demand in the second half of the year. Chief Financial Officer Dambach even quantified the positive corona effect as three to four percentage points of sales growth. Adjusted for currency effects, the increase was 8.5 percent; significantly more than the long-term estimated annual 5 percent in the company and considerably above the growth rates of 3 to 4 percent on the world market.

For the new year, BSH has to be prepared for a lot of work with the core brands Bosch and Siemens as well as Neff, Gaggenau and Constructa. In any case, sales should continue to develop positively in the first half of the year. With a market share of 25 percent in Europe, BSH can assert itself well ahead of Elektrolux from Sweden and Whirlpool (Bauknecht) from America. The global market share is 8 percent, in China – by far the largest foreign market for BSH – 10 percent.

Delivery bottlenecks in almost all regions

BSH is currently working to its limits. “The company is working to capacity well above its production capacities,” said Kriwet, “in almost all plants, in almost all regions.” That will also be the case in 2021. Sometimes there are delivery bottlenecks, for example with dishwashers. While jobs have been cut again and again in recent years, the workforce has increased by 1,800 to 60,000 in 2020, by 500 in Germany alone.

It is not only the capacity bottlenecks in international logistics that are challenging. They forced BSH to use freight trains from the Turkish plant to China. The supply situation is also difficult with primary materials such as aluminum or stainless steel. “We are affected by the shortages,” said Kriwet. “But we are currently managing to cover the volumes and the additional requirements.”

This also applies to the particularly popular semiconductors. BSH needs these more and more to network washing machines, ovens and refrigerators, but above all to make them more efficient in terms of power and water consumption. Between 50 and 60 percent of BSH customers increasingly use higher temperatures to safely kill germs. And the refrigerators are getting bigger and bigger because with the trend towards “home cooking” more food needs to be stored.