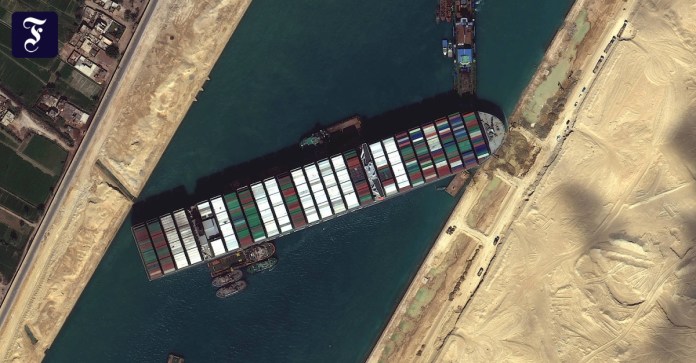 AIn the Suez Canal, Sunday is the day of truth. Several high representatives of Egypt had repeatedly given assurances that the stuck container ship “Ever Given” would be freed today at the latest. The helpers are working under high pressure, and a team from the American Navy has now arrived. At the same time, they remain cautiously optimistic at best.

A first attempt to drag it free on Saturday, when the tide peaked at ten p.m. local time, failed. The fact that the helpers could move the stern easily did not lift the mood among the Japanese owners of the “Ever Given”. “The ship does not move,” said a company spokesman for the Japanese newspaper “Nikkei”.

At 400 meters, the giant container is more than twice as long as the tallest church tower in the world in Ulm. It is loaded with more than 20,000 containers for Europe. The “Ever Given” has been blocking the lifeline of world trade since Tuesday.

The rudder and propeller are free again

With a large sand dredger, the recovery company is trying to remove the sand on the port side of the bow of the 224,000 ton ship. It is said that he dug himself in about five meters. Around 17,000 tons of sand were removed on Saturday. 9000 tons of ballast water were also pumped out of the ship’s hull. The chairman of the sewer administration (SCA), Osama Rabie, spoke of a “technically demanding” task in which many factors come together. The rudder and propeller could be used again for the first time on Saturday evening.

The diesel engine of the ship belonging to the Taiwanese shipping company Ever Green has a good 80,000 hp. 14 tugs are now in use when the tide offers a chance to lift the hull. Today two heavy-duty tugs from the Netherlands and Italy should reach the “Ever Given”, explained the technical manager of the ship, the Hamburg-based Bernhard Schulte Shipmanagement (BSM). Significant progress was made on Saturday.

The next step is to use a special crane to lift as many containers as possible from the foredeck in order to reduce the load on the hull – but that would be difficult and cost an enormous amount of time. It is still open where the container mountain can be stored on land.

Peter Berdowski, the boss of the parent company of Smit, the Dutch recovery company on the Suez Canal, is hoping for the beginning of the week. “With our ships on site, the sediment already removed and the great flood that started on Sunday evening, we will hopefully be able to get the ship free again at the beginning of next week,” he said on Dutch television. BSM points out that initial investigations ruled out a “mechanical failure or a machine failure”.

This indicates either an accident caused by the unexpectedly strong desert wind or a mistake by the team. When looking at the crew, many questions are circulating because ship trackers have recorded that the giant freighter left an obscene drawing as a route on the water when it was on hold before entering the canal. It is still completely open whether this was a coincidence or planned.

The blockade of the canal has now stopped almost 350 other ships. These should also include 13 freighters that transport live animals. Aid organizations warn that if the canal is not reopened quickly, thousands of animals are in danger of dying due to the lack of food on the waiting ships. 130,000 sheep are in need on eleven Romanian freighters alone. Rabie explained that there were three ships with animals in the canal itself. The administration sends them food and vets.

When the channel is open, nearly $ 10 billion worth of goods are shipped through it every day. Almost 19,000 ships pass through it each year, with a total cargo load of 1.17 billion tons last year. Now the first ships have decided to take the long and expensive detour via the Cape of Good Hope in southern Africa. The Indian government announced that it had instructed its shipowners to now choose the southern route. It lasts 15 days longer.

European shipowners assumed that an extension of around ten days would cost at least half a million dollars more.

Moscow, meanwhile, is taking advantage of its opportunity to promote the northern route along the Arctic: “Obviously, it is necessary to think about how to efficiently manage transport risks and find alternative routes to the Suez Canal, first and foremost via the northern route,” said Russia Ambassador-at-Large, Nikolai Korchunov. “Their attractiveness grows in the short and long term. There is no alternative.”

The route through the ice, which is also opening up due to global warming, saves 15 days on the route between Europe and Asia, the factory of the world, compared to the passage through the Suez Canal. In August 2017, the first ship sailed the route without having to use an icebreaker.

More than 100,000 Berliners infected since the Corona outbreak

Corona crisis: Arko, Eilles and Hussel apply for insolvency on their...

Mass rush without masks and distance on Semmering – Lower Austria 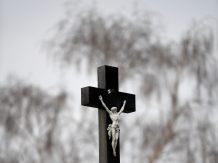