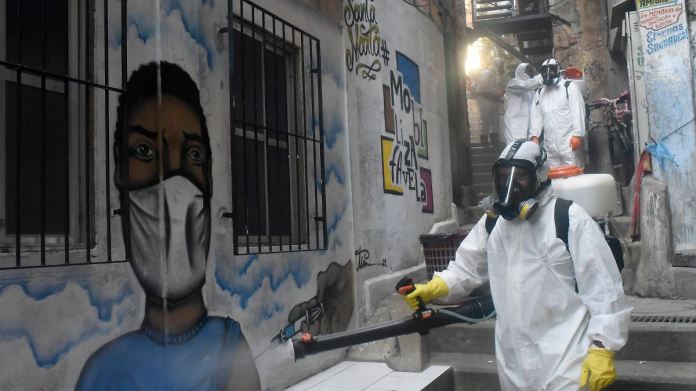 A violent corona wave threatens to bring Brazil’s health system to its knees. In particular, the presumably highly contagious variant P.1 is troubling the country. What also worries researchers: The desolate situation could result in even more dangerous mutants.
Brazil’s health system is on the verge of collapse. “Collapse,” headlined one of the country’s major newspapers, given the nationwide hospitals operating at the limit. The country recorded almost 300,000 deaths. The presumably highly contagious virus variant P.1 continues to spread. At the same time, the vaccination campaign is facing major problems. And an increasingly unpredictable president even wants to overturn existing corona measures in the midst of all the chaos. In view of all this, researchers are already warning of Brazil as a global threat.

Virus variant P.1, which probably originated in Manaus in the Amazon region and is now spreading in Brazil, is of particular concern. It is also known as B.1.1.28 or 20J / 501Y.V3. According to an analysis by the Brazilian health organization Fiocruz, it already accounted for half of the new cases in eight states in early March. According to the World Health Organization (WHO), P.1 has also been detected in more than two dozen countries around the world. At the end of January, Hessen was the first federal state to report a P.1 case. Since then have been diving in Germany, however, only a few cases.

The virus variant P.1 brings with it, among other things, two dangerous adaptations: the N501Y and the E484K mutation. According to a study, it is said to be up to 152 percent more contagious than the wild type of Sars-CoV-2 – and thus even outshines variant B.1.1.7, which is currently rampant in Europe. Mutations could also make it possible for P.1 to successfully evade the immune defense of those who have recovered, as another study by Brazilian and British researchers has found indications of. Eric Feigl-Ding, epidemiologist and health economist with the Federation of American Scientists, warned Twitter: “If the more contagious P.1 [Virus] out of control worldwide, we are all at risk. “

However, it is still controversial to what extent P.1 is able to bypass the human immune defense. However, the events in the city of Manaus had caused a stir. At the end of last year, many scientists believed that the city in the Brazilian rainforest area had already developed herd immunity due to the high infection rate. But then the number of cases rose again – one reason could be the resistance of P.1 to the previously generated immunity.

Another cause for concern: As research shows, the existing mRNA vaccines from Biontech / Pfizer and Moderna are less effective against P.1. According to a study, the variant is not as resistant as the one from South Africa, but more resistant than variant B.1.1.7, which is widespread in Europe. So far, vaccines in Brazil have mainly been carried out with the vaccines from Astrazeneca and the Chinese manufacturer Sinovac. At least the Astrazeneca vaccine also shows effectiveness against P.1, as a study revealed.

But it is not just variant P.1 that is causing concern. The Brazilian microbiologist Natalia Pasternak warned CNN that the “out of control” pandemic in Brazil is likely to produce further variants. “More variants mean there is a greater chance that one of those variants will actually escape all vaccines,” says Pasternak. This seldom happens, but it can happen. “That makes Brazil a global threat, not just for its neighbors, but also for other countries around the world.”

“Open air laboratory for the virus”

The problem: Brazil is currently worse positioned than almost any other country in the fight against the pandemic. With the right-wing populist Jair Bolsonaro, a president rules who is constantly playing down the corona virus. Most recently, Bolsonaro even wanted to overturn measures taken by some states to contain the virus – such as restrictions on freedom of movement. Reason: The governors lack the competence to make these decisions.

Bolsonaro also doubts vaccination and torpedoes the purchase or production of vaccines. The nationwide vaccination campaign only started in January and had to be interrupted again and again because there was no vaccine. More than 10 million people have now been vaccinated in Brazil, but the country has a population of 210 million. “Brazil is an open-air laboratory for the virus, where it can multiply and ultimately produce further deadly mutations,” criticized neuroscientists in view of the circumstances Miguel Nicolelis opposite the “Guardian”. And he warns: “It’s all about the world. It’s global.”

Germany: Union parties drop to 27 percent in the survey

The ZDF New Year’s Eve show should continue – but why?

Viennese drivers are filling up more and more electricity 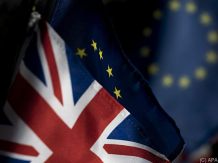 Confidence vote in Rome: House of Representatives decides for Conte