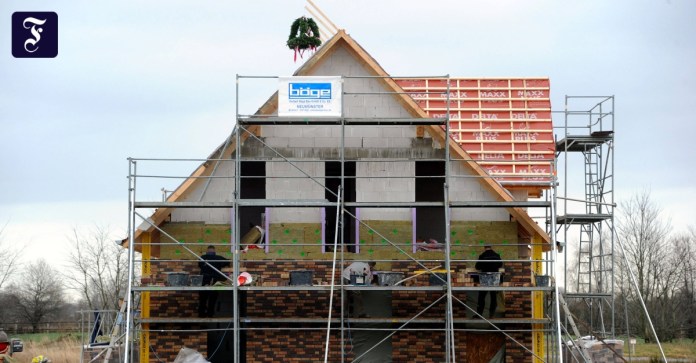 ÖEconomists at Deutsche Bank anticipate an end to the year-long price increase for German residential real estate in three years. “Despite all the uncertainty, we consider the end of the cycle to be likely in 2024,” said the analysis published on Monday. It gives several reasons for this assumption. “The fundamental supply shortage will decrease in the coming years,” explained the experts. “The lower immigration during the pandemic also contributes to this.”

In addition, existing undervaluations due to the low interest rate environment are increasingly being eliminated if the price dynamics persist. “This increases the risk that interest rate hikes will trigger a sell-off,” the analysts said. All over the world, rising inflation is currently expected, also because of the expected significant economic recovery in countries such as the United States and China after the pandemic year 2020.

This could induce the central banks to get out of their policy of extremely cheap money earlier, which would lead to higher interest rates and thus more expensive loans for housing construction. “But even without an interest rate shock, German residential properties lose their attractiveness, at least in comparison to other residential property markets,” stated the experts.

If the cycle actually ends in 2024, then economists expect house prices to fall for a short time. “Cumulatively, a minus of five percent could hit the books over three years if there are no further negative effects, for example due to an economic and financial crisis,” the analysis says. “Major dislocations would probably only occur if, for example, the German automotive industry lost competitiveness in the wake of the trend towards e-mobility and autonomous driving, immigration suddenly led to a wave of emigration or other major structural breaks turned the current economic model on its head.”

200 newly infected people registered: Hardly any cases in China, but...

Bertelsmann is reportedly awarded the US publisher by Stephen King

TV presenter plays down Corona – and dies of Covid-19 at...