The corona pandemic not only presented innocent citizens and security authorities with new challenges, but obviously also many criminals!

“Numerous opportunities for criminals to commit offenses disappeared during the lockdown phase,” said Interior Senator Andreas Geisel (55, SPD) on Friday at the presentation of the 2020 crime statistics . “In some cases, this led to significantly fewer thefts, said the Senator.

► Especially during the first lockdown in spring 2020, theft offenses fell by 27 percent, brutality offenses by 14.2 percent and property offenses by 29.2 percent.

► There was a significant decrease in dangerous and serious bodily harm (minus 14.8 percent).

► In the area of ​​property crime, the strongest declines were noticeable in the first lockdown phase. During this time, vehicle theft decreased by 80.4 percent, pickpocketing by 52.5 percent and the burglary of living space by 45.0 percent.

► But crime also reacted to the new situation. Since the pandemic, there has been more fraud on the Internet with orders for goods and when applying for immediate Corona aid. So far, the LKA has registered almost 3,000 cases of fraud. Previous damage amount: 41 million!

► There was also an increase in drug trafficking and smuggling (+23.6 percent), EC and credit card fraud (+29.8 percent) and child abuse (+9 percent).

► Senator Geisel was pleased with the lower frequency of criminal offenses per 100,000 inhabitants. At 13,739, it is the lowest since reunification. And the clearing-up rate is also the best value in ten years at 46.1 percent.

► City-wide fire series! Flaming protests against eviction of the “mutiny”

The police registered a total of 504,142 crimes in the past year. A decrease of 1.8 percent compared to the previous year.

The police crime statistics for Berlin can be found here.

Buy Xbox Series X: Bot will notify you when it is...

“If this continues, there will be war”

Criticism of Corona rules: “Have fed up” 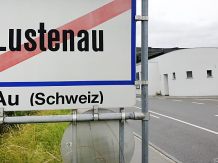 Switzerland removes all of Austria from risk list – Coronavirus –