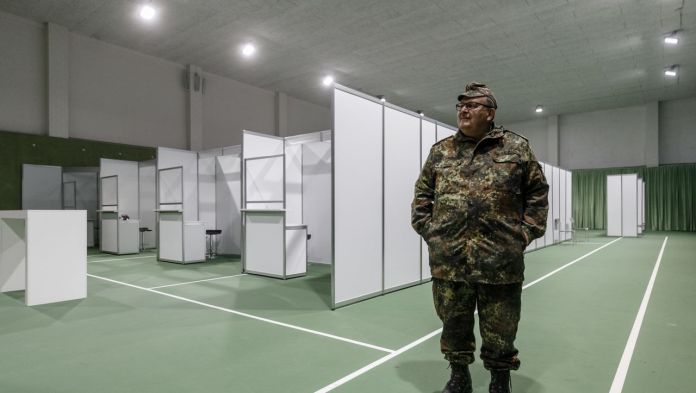 This week the Guardian published an article comparing the situation in the United Kingdom with that in Germany. A popular ploy used by left-wing British media to make Prime Minister Boris Johnson look like a total failure. Earlier, anyway. “Why the Germans Do It Better” is the name of a British non-fiction book from last autumn: why the Germans do it better.
But the journalistic trick no longer works. The German vaccination debacle has reversed the situation. Now the British are the heroes and wonder why the Germans are doing so badly.

While Johnson wants to give his country back its freedom in June with a proactive vaccine procurement, Chancellor Angela Merkel warns of the next lockdown, the Guardian writes: “Mummy, how could you let your fans down like this?”

In Israel, more than one in two people has been vaccinated at least once, in Germany only about one in twenty. US President Joe Biden promises that one dose will be available for all adult Americans by the end of May. Merkel is aiming to make the Germans “a vaccination offer” by mid-September. Denmark, Ireland, Portugal, Spain – half of Europe apparently gets vaccination better organized than we do.

For Germans, at least the younger ones, it is an unfamiliar experience; the rest of the world regards us with a mixture of bewilderment and pity. As usual with the Eurovision Song Contest: Germany, zero points. With a slight glee, British commentators imagine traveling to Mallorca in the summer and for the first time not having to fear that German vacationers have blocked all pool loungers with their towels.
We considered ourselves to be the very cleverest. The British: are so stupid and leave the EU. The Americans: elect a madman to be president. The southerners: nice people, but unfortunately disorganized. This is what we thought in Germany and we gladly offered to explain to others how to properly separate your garbage and get out of nuclear power.
Now nobody would claim that the German state had failed all along the line. Many countries envy us for our hospitals and the short-time work allowance from the Federal Employment Agency. Germany provides aid for its economy; It would be even nicer if the money were transferred quickly.

But apparently we lack the ability to react creatively to the crisis. Germany’s authorities work with the usual bureaucratic thoroughness, pandemic or not. We’d rather bunker millions of doses instead of flexibly adapting the sequence of vaccinations. We’d rather wait until all doubts about the correctness of living room tests have been dispelled.

I think the German failure is our inability to behave differently than typically German.

Pension system in Germany on the brink of collapse: share pension...

Overwatch 2: Fresh gameplay from the Blizzcon

FC Bayern is in the final of the Club World Cup...

La Liga: Messi is a fantastic assistant to Barca win over...