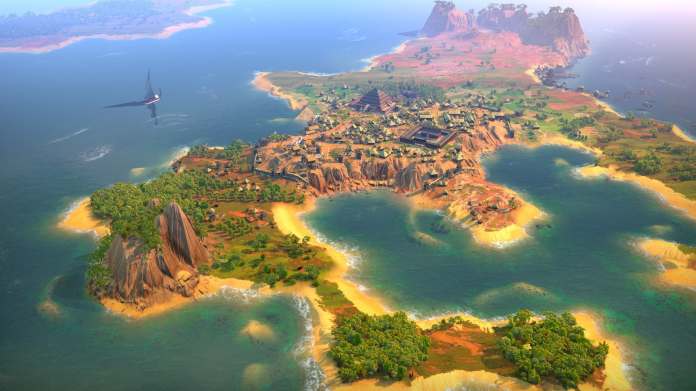 When the Amplitude Studios team first announced the upcoming historic strategy title HUMANKIND, they called the game their magnum opus, and the team meant every word of it. The response to the game has been outstanding so far: The community not only longs for the game, but was also deeply involved in the development at every phase.

Chief Creative Officer and Studio Manager Romain de Waubert de Genlis addressed a few words to the community and commented on the reasons for the delay: “It was exciting to see the community lend a hand to the game during the last OpenDev sessions and then to hear all of the positive (and constructive!) Feedback.

Players have always been at the heart of Amplitude’s philosophy. With the release of HUMANKIND in August, we now have additional time to continue working with the community and to optimize the game for the release. “

The team will focus on improving the areas of the game identified by the community during our previous Lucy OpenDev, when players learned about 4 eras and 40 cultures in the game over 150 moves and then shared their ideas and suggestions for improvement. Accessibility, game pace, game balance, diplomacy, AI are just some of the areas the team will focus on in the coming weeks.

The Amplitude Studios team would like to thank players and fans for their support, patience and understanding and looks forward to the release of Humankind for PC on August 17th, 2021.

HUMANKIND for PC will be released on August 17, 2021 With attractive bonus content in a lavishly designed, environmentally friendly and 100% recyclable Panorama Art Box (Day One Edition) and at participating dealers in a visually appealing Steel Case variant (Limited Edition) and as a Digital Deluxe Edition via Steam, Stadia and the Epic Games Store.

HUMANKIND can already be pre-ordered in stores.

The crazy person in the team can / must test everything that comes up, even if it’s Barbie’s great horse adventure (which he would also love to test). Had he been born earlier, his sense of humor would have been in a Monty Python movie. In addition, as a true Bavarian, he thinks absolutely nothing of hoppy cold drinks.

Frau Doktor is from Vietnam

Lisa Hauser in the top ten at the biathlon mass start...

Why the migrant quota in the city of Berlin is problematic