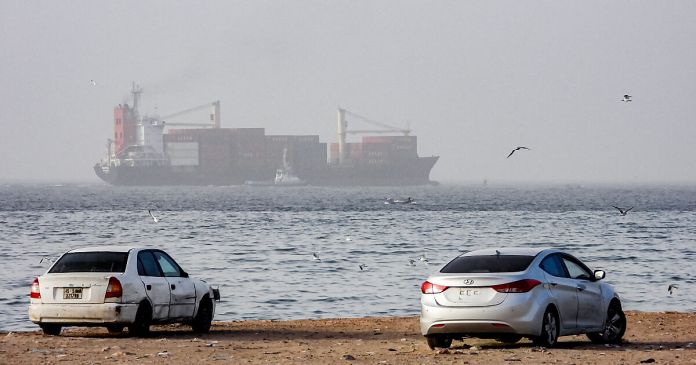 After much back and forth, the freighter “Karim Allah” has now returned to the port of Cartagena in southern Spain. The animals began to be unloaded there on Saturday, as reported by the state TV broadcaster RTVE. Spanish media reported that they were supposed to be killed in a tent by the pier and the carcasses disposed of. 22 cattle have already died during the months at sea.

Cattle killed at the port

Hundreds of cows cooped up on freighters

Around 900 cows that have been cooped up on a freighter on the Mediterranean for a good two months are causing animal rights activists great concern. After a long odyssey with the …

The cattle ship then reportedly called on Libya in the hope of being able to sell the animals there. But the local authorities also forbade that. In search of food for the animals, the “Karim Allah” drove towards Tunisia, where the ship was turned away. It was only in the port of Augusta in Sicily that food could be brought on board after the animals had only received water for three days according to the newspaper “El Pais”. Then the freighter sailing under the Lebanese flag returned to Cartagena.

Odyssey in the Mediterranean

According to RTVE, around 1,800 other young animals from Spain are currently in a similar situation on the cattle freighter “Elbeik” flying the Togo flag, which was also turned away in Turkey and Libya on suspicion of bluetongue. According to information from tracking services for ships north of Crete, the ship was on a southerly course on Saturday.

The only bright spot in China: Volkswagen remains in the sales...

Mariah Carey ranked number one in the US and UK with...

Beef in the hardware store! The nerves are on edge...