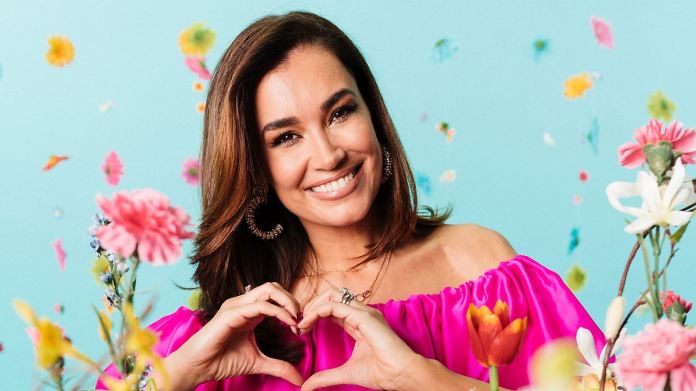 Jana Ina Zarrella has appeared regularly on “Love Island” for five years. After the finale next Monday, however, the presenter of the RTLzwei dating show will turn her back. She now talks about the reasons on her Instagram account.
Surprising news for the fans of “Love Island”: presenter Jana Ina Zarrella will quit her job after the current season of the dome show. The broadcaster announced this on the official Instagram page of the dating show, among other things.

The final of the show next Monday will be the last edition for the native Brazilian, it says there. “After five seasons, she says goodbye to us so that she can spend more time with the family.” However, the presenter and wife of singer Giovanni Zarrella remain loyal to the station. Further projects with the 44-year-old are already planned.

On her own Instagram account, Zarrella said that separating from her family for several weeks a year was not easy. She thanked her for the “unbelievable time” and wrote: “Love Island gave me great moments that I will never forget. I love my job and look forward to new projects soon. But first and foremost, I am MAMA.” The time in Tenerife showed her that she had made the right decision by leaving, even if it was very difficult for her.

The dating reality show “Love Island” originally came from Great Britain and has been running on RTLzwei since 2017. Since then, the format has been moderated by Jana Ina Zarrella. All episodes can also be seen on TVNOW.

BVB sign Coulibaly – “Knew straight away that this was the...

“I’m transgender and my name is now Elliot”