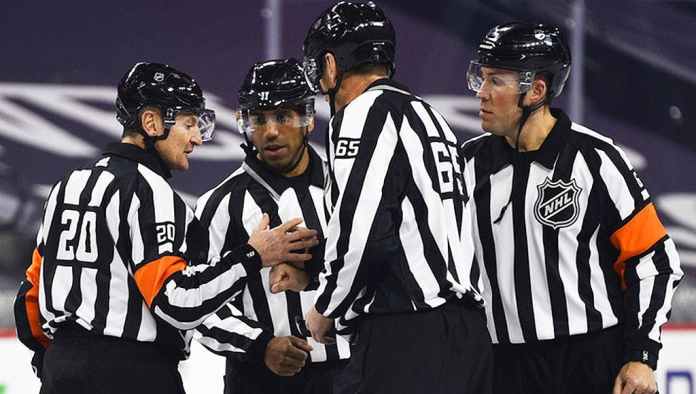 Recently, the referees of the NHL were criticized because clear fouls were sometimes not whistled. Now the opposite case is causing a stir.

Unlike in Switzerland, the referees in the National Hockey League are each equipped with a microphone. These ensure that the TV viewer also learns from a reliable source why a goal is canceled or a player is sent to the penalty bench, for example. But they also ensure that things get to the public that are not really intended for it.

This is what happened in the game between the Detroit Red Wings and Roman Josis Nashville. In the fifth minute of the middle third, Viktor Arvidsson, winger with the Predators, is sent to the cooler for two minutes because he has tripped the legs. Only: In the replay you can see that Arvidsson hardly touches his opponent. The appropriate comment from the commentator: “Oh man, that’s a swallow”.

“It wasn’t much, but I wanted to give Nashville a penalty”

A little later, numerous TV viewers caught a short but all the more exciting exchange between the referees Tim Peel and Kelly Sutherland. “It wasn’t much, but I just wanted to give Nashville a bloody punishment,” he said in no uncertain terms. Geez!

According to reports, the voice is said to belong to 53-year-old Peel, but so far they have been waiting in vain for a statement from those responsible. The “Director of Hockey Operations” of the NHL only declares that the “incident will be investigated”.

After all, the highly questionable decision in the end has no influence on the outcome of the game: Detroit doesn’t succeed in the “free” power play, just like in the entire 60 minutes. Nashville wins the game 2-0 and keeps the Red Wings at a distance.

Maybe if you’re a mic’d up ref, you shouldn’t express how you wanted to call a penalty against a team earlier in the game, changing how you ref the rest of the game.

“It wasn’t much but I wanted to get a fuckin’ penalty against Nashville early in the…”#Preds LGRW pic.twitter.com/6fZImkdqLr

Some deaths from firecrackers and fireworks in Europe

Microsoft, AWS, Google, Huawei and Mozilla as board members