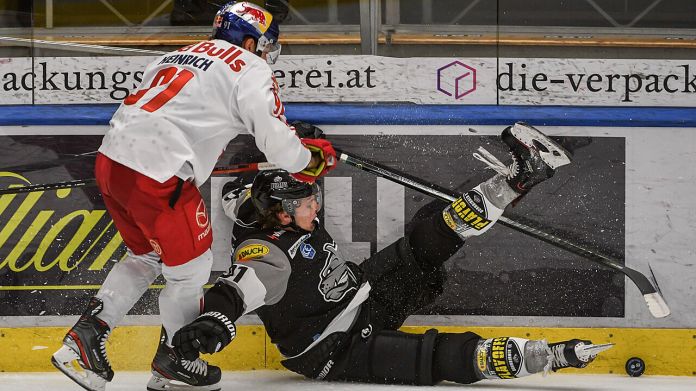 Once again, the Dornbirn Bulldogs did not make the playoff semi-finals.

After the 3-0 defeat against Red Bull Salzburg in the sixth game of the quarter-finals of the ICE Hockey League (2-4 overall), the season for Kai Suikkanen’s team is over.

Once again, it must be said. Because the Vorarlbergers have qualified four times for the post-season since they entered the league in 2012 and failed each time in the quarter-finals, which means they have never won a series.

There were three times against the bulls from the city of Mozart, the final score in the “Best-of-Seven” series was always 2: 4. The Bulldogs were also 2-0 up in 2014.

Evaluation of opportunities as the crux of the matter

In the last six thirds, the Bulldogs didn’t manage to hit any more, the Salzburg team left the top line around Andrew Yogan, William Rapuzzi and Anthony Luciani no more space. The plan of the people of Mozartstadt worked out in this respect, even if the three “Difference Makers” are highly praised by JP Lamoureux.

Woger sees the evaluation of the chances of the last two games as the crux of the matter. The possibilities were available on both days, the only thing was that the puck was not placed in the opposing box. “If you don’t score, it will be difficult to win a game,” he sums up.

The 33-year-old describes the season as a positive one for the Dornbirn Bulldogs because they “played very good hockey”.

Thomas Höneckl, the Bulldogs’ nominal back-up goalie, speaks to Sky of a “bitter aftertaste if you are eliminated” and also emphasizes that Salzburg has taken Dornbirn’s “most dangerous weapons” out of the game.

Salzburg “is burning for the next title”

Double goal scorer Florian Baltram sees the key to success in an increased defensive performance: “In the first two games we allowed way too many chances and Dornbirn played really well. The JP (Lamoureux; note) has the last four games unbelievably for held us. We stood better in the back and cleared the gates in the front. That made it. “

After winning the championship five years ago, the bulls are “burning” for the next title, according to Baltram. Alex Rauchwald is also hoping that the Salzburg team will continue like they did last.

The KAC is now waiting for the people of Mozartstadt in the semi-finals (from March 28th at 5:30 p.m. in LIVE-TICKER >>>). Lamoureux praises the Rotjacken as one of the best and most consistent teams in the league and knows that you have to work hard to win this series too.

Doubling of cars with alternative drives in one year

Why “Cheri Cheri Lady” is a mega hit in Vietnam

16-year-old is said to have stepped on the homeless