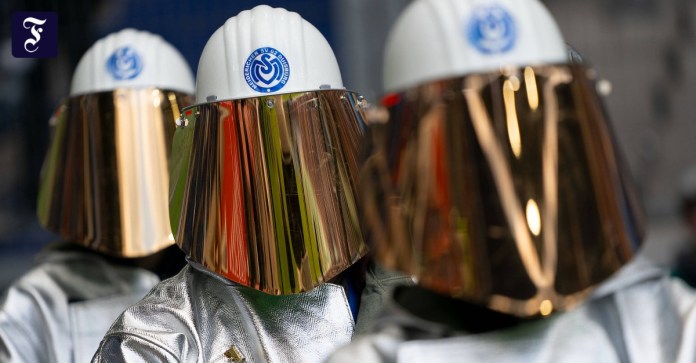 BIG Metall and employers have reached an agreement on collective bargaining for around 70,000 employees in the north-west German iron and steel industry.

After that, the employees will receive a recurring payment of 250 euros each on December 28 of this year and on February 28, 2022, as the parties announced on the Saturday after the round of negotiations in Düsseldorf.

From February 28, 2023, the steel cookers will then receive an additional 600 euros per year. In addition, the parties have decided on a corona aid of 500 euros, which should be paid out at the end of June. The collective agreement has a term of 15 months, it said in a statement by the steel employers’ association.

IG Metall had demanded an increase of four percent for the steel cookers from companies such as Thyssenkrupp and Salzgitter. The chairman of the Steel Employers’ Association, Jörg Fuhrmann, emphasized: “The collective bargaining agreement takes into account the possibilities, but also the requirements of the German steel industry and its employees in a very responsible manner.” Wanting to get away.

After travel restrictions: the traffic is rolling again

Oil prices are slightly up

Thousands fly to Mallorca despite Corona

Covid vaccination for doctors and nurses: does the Senate prefer its...

Constant, instead of outstanding: Black is on his way to victory...