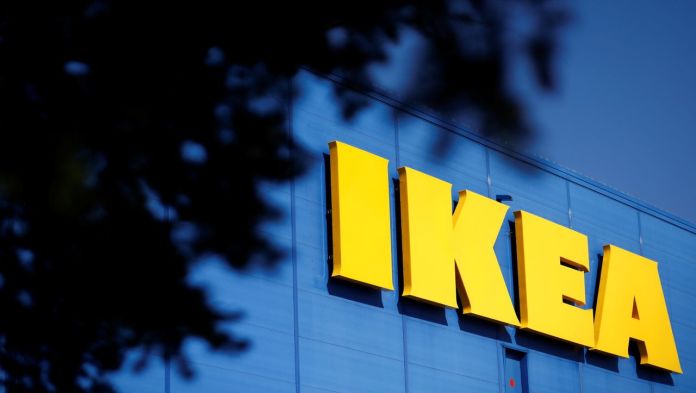 In the trial against Ikea and former managers of the furniture store in France for spying on employees, the public prosecutor has demanded a fine of two million euros and a prison sentence. Prosecutor Paméla Tabardel said in her plea that the judiciary should send a “strong message” to private companies in this case. For the alleged main culprit, an ex-manager, she demanded three years in prison – two of them on probation.
According to the investigators, Ikea France is said to have set up an illegal “spying system” from 2009 in order to get confidential information about hundreds of employees and applicants. The allegations are illegal data collection, violation of professional secrecy and cover-up of the acts. Tabardel said before the Versailles court that the subject of the trial was “the protection of our private lives” in the face of a “threat”: mass surveillance.
The former head of Ikea France, Jean-Louis B., ordered the spying system, the prosecutor said. “I want a punishment that marks his life.” From 2009 to 2012, his company policy ultimately affected the lives of almost 400 employees.

Four former police officers are also charged. They are said to have passed on confidential information about previous convictions of employees or applicants to the company. The defendants deny the allegations.

The group has distanced itself from the practices

The Swedish company had distanced itself from the practice. A few weeks after the allegations became known, Ikea France announced that an internal investigation had shown that measures “did not respect the company’s values ​​and ethics”. Internal reforms should follow.

According to the AFP news agency, the spying system is said to have covered the entire territory of France. The external security company is said to have received between 30,000 and 600,000 euros annually from Ikea France.

The scandal was exposed in 2012 by the French satirical newspaper “Canard Enchaîné” and the disclosure portal “Mediapart”. The trial is scheduled for April 2nd.

Trump wanted to drop Kim Jong Un at home – with...

Jennifer Lopez: That’s what she shouted into the audience in Spanish

“Shaq des handball” – Congo Mvumbi is already the MVP of...