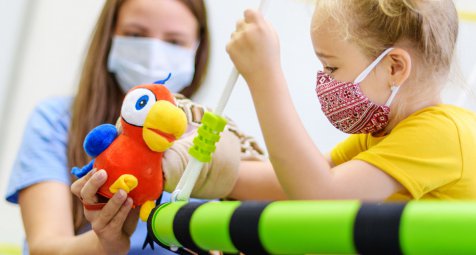 Philadelphia – The multisystem inflammatory syndrome (MIS), which some children (and very rarely adults) develop with a time lag after a SARS-CoV-2 infection, is according to a study in Science Immunology (2021; DOI: 10.1126 / sciimmunol.abf7570) can be traced back to a sustained activation of certain T cells of the adaptive immune defense, the trigger of which could be an unresolved latent infection or another unknown trigger.

Children get sick, if at all, with only mild symptoms after infection with SARS-CoV-2. However, some suddenly develop a high fever 3 to 4 weeks later. Organ failure (especially the pumping function of the heart) occurs within a few days, which necessitates intensive medical care.

Since several inflammation markers such as C-reactive protein, blood sedimentation or procalcitonin are greatly increased in the laboratory tests, the disease is referred to as multisystemic inflammatory syndrome (MIS) or MIS-C because it is mainly children who become ill. The Centers for Disease Control and Prevention recently described an MIS-A (for “adults”) that occurs in adults.

The cause of the MIS is so far unknown. However, a disorder of the immune system is likely, which is why a team led by Laura Vella from the Perelman School of Medicine in Philadelphia determined more than 200 immunological parameters in 14 children with MIS and compared them with 16 children who were infected with COVID-19. The differences included a stronger activation of T cells that carry the receptor for the messenger substance CX3CR1 on their surface.

CX3CR1 is formed, among other things, by the endothelial cells of the blood vessels, where it is a docking point for lymphocytes, which then enter the surrounding tissue. This fits in with the involvement of the blood vessels in MIS, which, like the related Kawasaki syndrome, are attacked by the immune system.

In Kawasaki syndrome, vasculitis develops, which, among other things, weakens the walls of the coronary arteries. This is where the aneurysms that are characteristic of Kawasaki syndrome and are also observed in MIS are formed. An indication of the involvement of blood vessels and their possible damage in MIS are also the increased D-dimer values ​​and the decrease (i.e. consumption) of platelets.

Both speak for an activation of blood coagulation and a tendency to thrombosis in the damaged blood vessels, which also occurs in adults with severe courses of COVID-19. In adults, an infection of the endothelia by SARS-CoV-2 is discussed, in children this is unlikely because the acute infection was several weeks ago.

In the children with MIS, another cause could be responsible for the activation of the CX3CR1-positive T cells. It is known that viral infections increase the expression of CX3CR1 on cells. The purpose could be to ease the virus’s immune defense.

Vella suspects that some children have a “dragged” infection with SARS-CoV-2 because the immune system is unable to completely eliminate the virus. In fact, most children with MIS had a throat swab positive for viral genes (albeit with a high Ct, which indicates a low amount of virus).

It is unusual for the smears to continue to be positive because the acute infection was some time ago. This is proven by the positive antibody tests. Antibodies do not form for a week at the earliest, and they are often a sign that the immune system is in control of the infection.

For some unknown reason, the immune system in MIS does not seem to be able to completely eradicate the viruses. This could form the basis for a second immune reaction in which the CX3CR1-positive T cells could be the central actors. Another possibility would be that another previously unknown trigger reinforces the immune response again 2 to 3 weeks after the infection.

The central importance of an overreacting immune system speaks in favor of the use of steroids, which is now recommended by the guidelines. The steroids are used in addition to the intravenous administration of immunoglobulins, which have proven themselves in the treatment of Kawasaki syndrome. It is not known for sure whether they are necessary and effective in MIS. © rme / aerzteblatt.de

Chris DiDomenico is attacked by Ronalds Kenins after the game

New Corona mutation detected in Saxony for the first time! 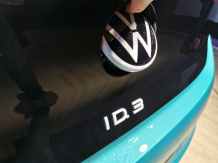 That is why VW dealers do not advise customers to buy...