You travel to the coasts of Midgard – a world in which the warlike everyday life of the Vikings is combined with Nordic mythology. As part of a plundering Viking clan, you face the fight against the fearsome Jötunn, hordes of the undead and the countless beasts of Ragnaröks. Meanwhile, the all-consuming cold of the Fimbulwinter comes closer and closer. Choose your weapon, master the warfare of the Vikings and experience the greatest legends of Norse mythology up close.

Vikings: Wolves of Midgard will be available April 1-30 on Xbox Series X | S and Xbox One.

The European Truck Racing Championship is one of the most spectacular and demanding motorsport competitions of all. You get into the driver’s cab of a colossus weighing tons and hit the track for a completely new kind of racing experience. On 14 international racetracks with 45 different trucks, the right tactics decide between victory and defeat. Take the weight of your truck into account, keep an eye on tire wear, and find the right moment for risky overtaking maneuvers to be the first to race across the finish line.

Truck Racing Championship is available from April 16 to May 15 on Xbox Series X | S and Xbox One.

You dive into the Dark Void, an eerie parallel world full of hostile aliens, threatening environments and dark secrets. Fortunately, you have an arsenal of devastating weapons at your disposal – and a jetpack! Because the dynamic battles of Dark Void switch seamlessly from ground-level skirmishes to breathtaking aerial battles. Only if you master both terrains will you emerge victorious from the Dark Void.

Hard Cops: Uprising brings the nostalgic Konami times back to life with its nostalgic 2D graphics and lots of run and gun action. As a soldier Bahamut, you fight your way through grueling trenches in arcade mode and write your own personal heroic story. Or you can throw yourself into the tactical rising mode, where you collect points with every victory so that you can invest them in new weapons, skills and upgrades.

Enjoy the urban living of tomorrow with VIDO

Equatorial Guinea: Almost one hundred dead after a series of explosions...

35 people died in earthquake in Indonesia 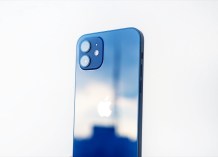 Shortly after its launch, the Apple iPhone 12 was the world’s...

Sarah Lombardi: Son Alessio will go to school from summer 2021