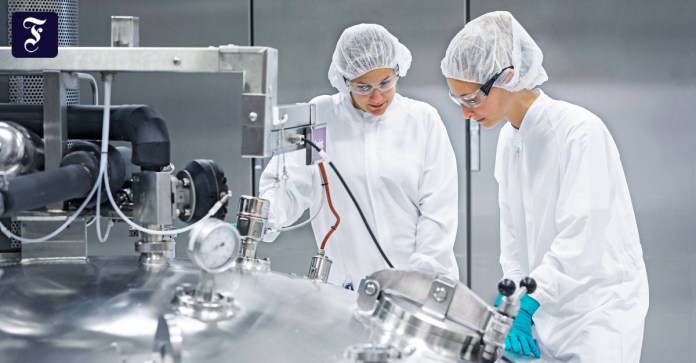 Mr. von Baumbach, Boehringer Ingelheim turned over around 20 billion euros last year despite the pandemic. What went particularly well, where were the problems?

Last spring, we managed to relocate 40,000 employees to the home office within one weekend. So there were no interruptions; we were productive again relatively quickly. The pandemic was a driver because we have been intensively digitizing our contact with customers in recent years. So we had a head start. Our production and supply chains were also resilient. When the borders within Europe were closed, we had to set up new delivery routes. Whether in northern Italy with a chemical plant, our production in Germany or France – our teams have managed to keep production running. That was a big part of our success.

Nevertheless, competitors felt the crisis more strongly as fewer people were treated in the hospital.

This is especially true of specialty drugs. You saw the negative effects on the balance sheet for one or the other. It was more difficult for doctors to see their patients and thus renew prescriptions. If the crisis continues, it will remain a challenge.

Boehringer spent 3.7 billion euros on research last year, more than ever before. What was the focus here?

We were very active in oncology. But we don’t forget about other areas, such as schizophrenia. Hardly any new drugs have come onto the market in this area. We have a product in clinical phase 3. We also have a number of active ingredients in the pipeline in the field of immunology.

Boehringer is also researching against Corona. How is the stand there?

We are active in several projects. We are very confident about an antibody with which we are now starting the second phase of the study. It is the first antibody to be administered by inhalation. This can significantly reduce the dose because it goes directly into the lungs and can neutralize the virus there faster and better. It would be suitable for retirement and nursing homes and the outpatient sector. We are really innovative with that. We expect clinical data in the course of the second half of the year and could then apply for an emergency approval.

At the beginning of February it was said that Boehringer is looking into filling and packaging corona vaccines for other manufacturers in the future. How far are you?

We have been overtaken a bit by ourselves. At the moment we are not bottling for others and have not made a decision about it. We cannot help in the short term, which does not mean that we will not do it in the future. But we do not produce human vaccines ourselves and we have no experience with them. Converting and certifying animal vaccine systems takes several months and is very complex.

This is how long the changeover takes at other companies too. So why isn’t Boehringer getting involved here?

Our expertise lies in the development and production of therapeutics. We have to use our resources in a targeted manner where they have the greatest impact on patients. That is why we concentrate on developing possible therapeutics and not on filling vaccines.

At the time, it was a Boehringer manager who brought the bottling into play after a meeting with French President Macron. Other pharmaceutical companies such as Novartis or Bayer also entered the vaccination business in the public eye as a result of political pressure.

Do you use the VLC player? Then you should update...

Spahn wants to check sanctions against pre-crowd when vaccinating | ...

Switch: Nintendo will also overtake Playstation 5 and Xbox in 2021