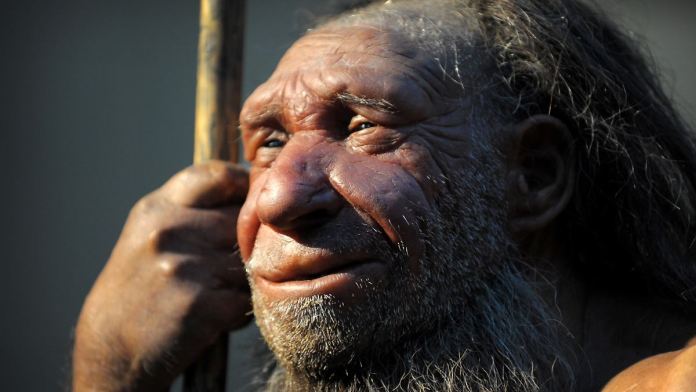 In northwest Europe
Neanderthals died out earlier than expected

The Neanderthal was still alive when the ancestors of modern humans conquered the world. But how long did both types of people exist in Europe at the same time? Previously it was assumed that it could have been more than ten thousand years. But a new study casts doubt on it.
The Neanderthals apparently disappeared in Europe much earlier than previously thought. The re-dating of finds from Belgium suggests that man’s closest relatives, at least in north-western Europe, were extinct 40,000 years ago. The study also shows how tricky it is to date such finds. Models for the history of early humans should therefore only be created on the basis of reliable data, concludes the international team in the “Proceedings” of the US National Academy of Sciences (“PNAS”).

Neanderthals inhabited Europe and parts of Asia long before modern humans left Africa. “When Neanderthals disappeared from Eurasia and when modern humans arrived is a key question in paleoanthropology,” writes the team led by Thibault Devièse from Oxford University and Grégory Abrams from Leiden University. The dating of finds from the Belgian Spy cave, which had been recovered in the 19th century, caused a stir, but also doubts.

For example, a shoulder blade (Spy 572a) was repeatedly determined to be around 24,000 years old using the radiocarbon method (C14) – and later to be almost 32,000 years old. “These three dates seem extremely young to Neanderthals, so contamination has been suspected,” the team writes.

The researchers, including employees of the Max Planck Institute for Evolutionary Anthropology in Jena, have now re-dated finds from three Belgian caves. Although they also used the C14 method, they concentrated on a single substance – in order to largely exclude the influence of impurities. In the CSRA (compound-specific radiocarbon analysis) method, they date the amino acid hydroxyproline (HYP), which is isolated from the collagen of bones and only occurs in mammals. “The extraction and dating of HYP provides a level of reliability that the other methods cannot,” the researchers write. However, the range of fluctuation is quite large, sometimes several thousand years.

They corrected the age of a vortex fragment from Spy from around 36,000 to just under 42,000 years. A similar age was determined for a bone that was previously thought to be just under 34,000 years old. A tooth from the Engis cave – previously dated to around 27,000 and 30,000 years old – is therefore around 40,000 years old, as is a thigh from the Fonds-de-Forêt cave.

How tricky dating is is shown by the analysis of a shoulder blade from Spy: For this, the researchers determined – instead of 24,000 to 32,000 years – an age of almost 34,000 years; but that is still noticeably young. A genetic analysis revealed that the DNA fragments contained therein came from cattle and modern humans. Presumably the cattle contamination was caused by glue from cattle bones, as it was used in the 19th century for the preparation of finds. The scapula has not yet been reliably dated.

“Much earlier than previously assumed”

From the new data, the researchers created a model according to which Neanderthals in north-western Europe disappeared with a very high probability (95.4 percent) between 44,200 and 40,400 years ago – “much earlier than previously assumed”. “The possible causes of this extinction could be related to climate change, competition, and inbreeding, but that is beyond the scope of this article,” they write.

In other regions such as France, Spain and Romania, Neanderthals may have lived 40,000 years ago or maybe even a little longer. As far as we know, modern man reached Europe a little earlier: The oldest finds from Italy and Bulgaria are around 45,000 and 47,000 years old.

“At the moment, a long period of overlap with modern humans seems evident,” the scientists write. However, all finds should be re-dated using the CSRA method in combination with DNA analysis, they advise. This applies above all to particularly conspicuous findings. “Models for the appearance and disappearance of hominin groups should be based solely on data obtained through robust methods.”

WhatsApp explains what will change for users on February 8th, 2021

New rumors about the technical data