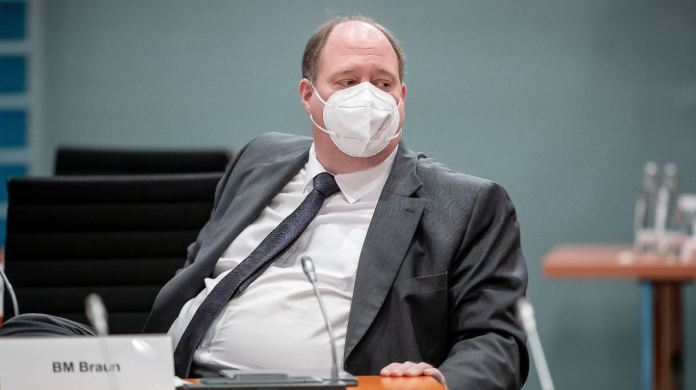 It gets easier in summer
Braun: Relief is in sight in May

The Chancellery Minister is promising noticeable easing. The worst should be over by the summer. Until then, there is still a lot to do – also in the Chancellery. Among other things, trust has to be rebuilt after the past few months.
Chancellery Minister Helge Braun is convinced that the currently applicable Corona measures can be significantly reduced by May at the latest. Until then, however, he admonishes the Germans to be particularly careful again, especially over the Easter holidays. “In the summer everything will be much easier with the vaccination, but not yet. Testing helps us, but it doesn’t help us alone,” he said in an interview with RTL and the “stern”.

With a view to the upcoming Easter days, he said that the Germans should withdraw like Christmas. But unlike in winter, the situation is particularly difficult in spring: people have lived with the current restrictions since November and had hoped that the worst would be over in spring. “But unfortunately it has to be said clearly that the appearance of this mutant, who came from Great Britain, has now exacerbated the situation.” It still takes April and May “to bring the vaccination progress forward so that we can really say that relief is in sight, but I am very convinced of that.”

“Easter rest” decision was a mistake

In an exclusive interview with RTL and the weekly magazine “stern”, Braun, who is a doctor himself, defends the Chancellor’s decision to withdraw the so-called Easter rest – and gets into raptures about Angela Merkel: “She is a very special woman. That is been a difficult situation for all of us in the last few hours “. The Chancellery tried to implement the decision sensibly, “but when you then see that it cannot be implemented sensibly in the short time available, then you have to say very quickly” that it was not possible.

The Chancellor’s next step, to apologize for the controversial decision, is very important: “And that’s why I enjoy working for Angela Merkel here in the Chancellery, because I know that she’s acting clearly and consistently.”

Trust needs to be restored

A sluggish vaccination start, a chaotic test strategy and now the Easter debacle have led to a massive loss of confidence among German citizens in the work of the government. In the opinion of the Chancellery Minister, the citizens’ trust must be consistently rebuilt. “We have to explain a lot now in order to regain trust.” But there were different mistakes. The start of the vaccination, for example, was a communication glitch: the fact that “we will only have very little vaccine in the first few weeks and months” should have been better communicated. “This created an expectation among the population at the end of December that we might be able to defeat the pandemic in a few weeks.”

According to Braun, one cannot compare the work of the Chancellor in this pandemic with the historical achievements of her predecessors such as Helmut Schmidt during the flood disaster in Hamburg in 1962 or Helmut Kohl during the fall of the Berlin Wall in 1989: “The problem with such a natural disaster is that the enemy does not come along We are talking about a virus that is constantly changing the rules of the game. “

Duchess Meghan: Expert: You should have got help from Prince Philip

Chickens end up in the shelter more often

Zidane decision at Real only in the summer?

Fireworks ban? How to shoot for free on your home...