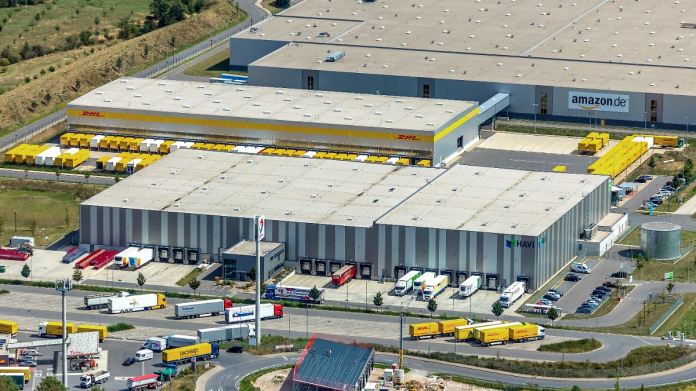 Amazon earns itself a golden nose in the crisis. The closure of the stationary retail trade means that orders are going through the roof. For the employees, this means “constant work rush and performance control”, criticizes Verdi – and calls for a strike that should begin with the night shift.
In the middle of the Easter business, the Verdi union called on workers in six Amazon distribution centers to go on a four-day strike. Verdi announced that work should be stopped at the beginning of the night shift from Sunday to Monday. Rheinberg, Werne, Koblenz, Leipzig and two locations in Bad Hersfeld are affected. The aim is to enforce the recognition of the collective agreements for the retail and mail order business as well as the conclusion of a collective agreement for good and healthy work.

Verdi spoke of an “unofficial start of this year’s sectoral collective bargaining negotiations,” which will begin in the next few weeks. “Amazon continues to earn a golden nose in the Corona crisis,” said the union. For this reason alone, “tariff flight must be ended there”.

Verdi pointed out that in the retail and mail order business in the various federal states wage increases of 4.5 percent plus at least 45 euros are required over a period of twelve months. “That must also be possible with Amazon this year,” said Orhan Akman, who is responsible for retail and mail order at Verdi.

Due to the closure of large parts of the stationary retail trade in the Corona crisis, the order volume at Amazon went through the roof. “The colleagues had to unload it,” says Akman. “Due to the constant rush to work and performance monitoring, it is often hardly possible to maintain intervals and other measures against infection.” Nevertheless, Amazon has so far refused to “conclude a binding collective agreement to protect employees”.

An Amazon spokesman said on Saturday with a view to the expected strikes: “The actions will not affect customer deliveries.” In previous strike calls, over 90 percent of the employees in the logistics centers “worked normally”. The group works “closely with the works councils” together. Amazon employees have “already benefited from excellent wages, excellent additional benefits and excellent career opportunities”. Amazon proves “every day that we are a good employer even without a collective agreement,” said the spokesman.

Two weeks after the accident: Buried miners rescued in China

News from Germany: Berlin police are investigating colleagues for violating the...

The latest on the corona crisis – Canton of Zurich tightened...

Journal Frankfurt Nachrichten – A Frankfurt tradition on the radio

Are the entrepreneurs now turning away from the CDU?

The Legend of Zelda celebrates its anniversary – 35 years ago...