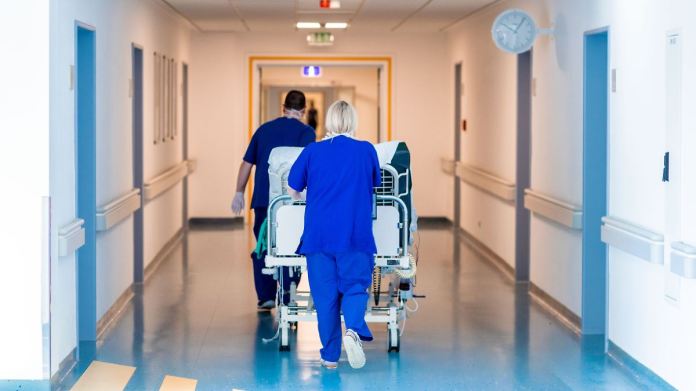 Before the Corona crisis, the number of employees in the care industry is increasing. But the pandemic seems to have reversed the trend. According to the Federal Employment Agency, the new drop in staff is particularly noticeable in the clinical area.
According to a media report, Germany has lost thousands of nurses since the beginning of the corona pandemic. The decline affects hospitals as well as elderly care, reported the newspapers of the Funke media group, citing previously unpublished figures from the Federal Employment Agency (BA), which the left parliamentary group asked.

Accordingly, the number of employees in care fell by more than 9,000 between the beginning of April and the end of July 2020 – this corresponds to a decrease of 0.5 percent. In total, around 1.8 million people were recently employed in nursing care in Germany. Before the pandemic, however, the number of employees in the care industry rose slightly.

According to the report, all 16 federal states were affected. In the clinical area, the decline in staff is greatest in Bremen with 1.7 percent, followed by Saxony-Anhalt, Thuringia, Saarland and Rhineland-Palatinate. In the care of the elderly, Hessen recorded the largest slump with a minus of 1.6 percent. This was followed by Bremen, Bavaria, Hamburg and Lower Saxony.

The spokeswoman for care policy for the left in the Bundestag, Pia Zimmermann, blamed Federal Health Minister Jens Spahn for this development and accused the government of exacerbating the situation by failing to financially structure health and long-term care insurance. “Additional and significantly better paid nursing staff are needed immediately.” For this purpose, top earners who have hitherto been privately insured would have to “pay uniform and solidarity contributions on all their income”.

All information about the possible Bitcoin ban

After the terrorist attack four years ago – “The danger is...

After approval: doubts about the Indian corona vaccine

Leader of the league Linz comes to Vienna with an interim...