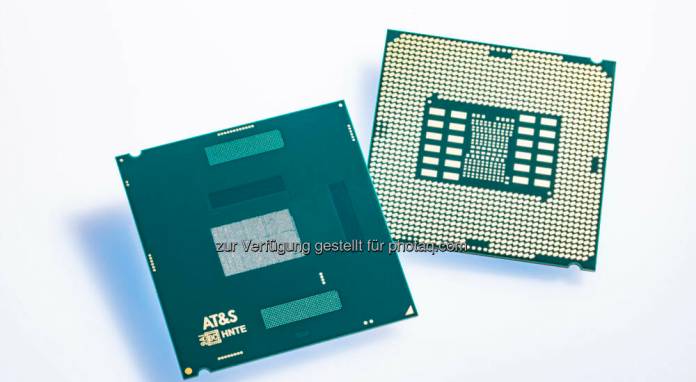 Emailed from / found at: Erste Group Research (BSN note: scrolling text in the original of the sender, title (always) and images (often) by boerse-social.com from the photaq.com photo archive)

From Erste Group’s Equity Weekly: AT&S will invest around EUR 200 million in the expansion of the production of ABF substrates in Chongqing over the next four years. At the same time, the completion of the plant under construction will be accelerated so that the IC substrate plant (CQ III) can start production as early as the 2nd half of the year 21/22 (i.e. 9-12 months earlier). With this, AT&S wants to meet the continued strong demand for ABF substrates. This special insulating film is currently the dominant technology in chip production and chip manufacturers are limited in their output by supply bottlenecks.

AT&S aims to become one of the three largest ABF substrate suppliers worldwide by 2025. With the additional capacities, the Management Board intends to achieve the medium-term forecast (sales> EUR 2 billion, EBITDA margin of 25 to 30%) a year earlier – i.e. in the 2023/24 financial year. At the same time, AT&S is examining suitable options for future growth steps in order to be prepared for possible market developments.

Outlook. We are very positive about the planned capacity expansion of ABF substrates. There is currently a large gap in the supply of ABF substrates due to the rapidly expanding demand for chips, which cannot be met by new capacities that quickly. However, we would like more details on the new capacities as well as further planned investments and their financing. We think that this current lack of visibility could cap the price development until more information is released from the company.

The first symptoms come long before the tremor

Knight Rider car: You can bid for David Hasselhoff’s KITT

Coronavirus in Germany and the world: blog archive from October 12th...