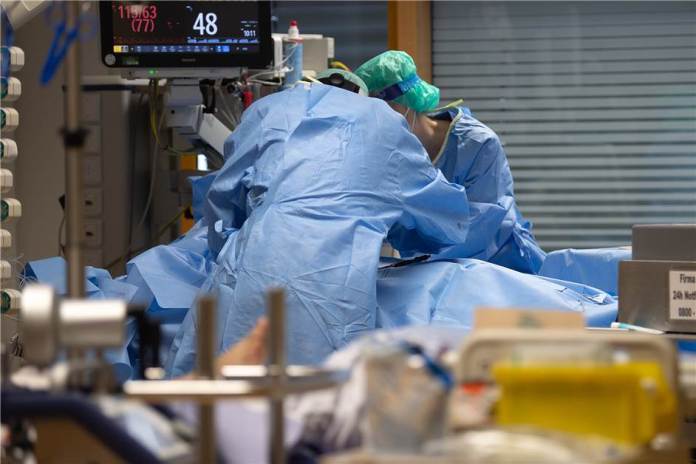 At 63.0, the incidence in Dortmund was just over two weeks ago – now it has doubled. The city of Dortmund came to 127.2 on Friday according to their latest calculations.

119 new corona infections were added – and they were again widely spread: Only 33 of them could be assigned to 16 families. 3006 people are in quarantine – this number is also currently increasing enormously.

Currently, 1316 Dortmund residents are considered to be corona infected. 748 of them are the newly infected last week, which results in an incidence value of 127.7 for the city. The decisive factor, however, is the number that the RKI publishes at midnight. Slight deviations due to slow transfers are possible.
As a reminder: Only last weekend did the incidence for Dortmund rise above 100 again.

77 more evidence of the British mutation

The number of those who carry the British mutation B.1.1.7 in their bodies is climbing. The value for Dortmund rose from Thursday to Friday from 777 to 854. In the case of the South African corona variant B.1.351, there is only one case recognized so far.
After a significant relaxation recently, the number of Covid-19 patients in Dortmund’s hospitals is also increasing. The city reported 67 on Friday, two weeks ago there were almost twice as many, but only 58 last weekend.

More patients on the ventilators

21 corona patients are in the intensive care units, 13 are ventilated. These values ​​also rose again.
The current balance for Dortmund: so far 20,350 corona positives, 18,714 recovered, 212 deaths caused by Covid-19, 108 infected people who died due to other causes.

Marie Nasemann: Relationship dispute after miscarriage: “That was the low point...

Germany is flooded with drugs in the corona crisis

Corona soon like the flu? “Partial immunity” could replace vaccination