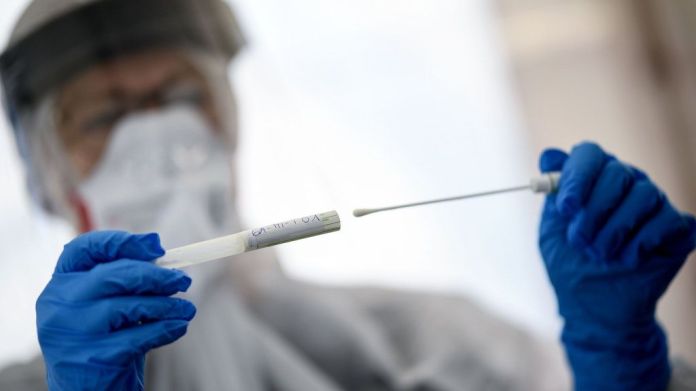 Berlin – The number of new infections registered within 24 hours has increased significantly in Berlin. On Wednesday, 1268 new corona cases became known, according to the situation report of the Senate Health Administration. On Tuesday there were 751 new infections. The number of corona infections since the beginning of the pandemic rose to 141,001. A total of 130,405 people are now considered recovered – 572 more were added on Wednesday. Twelve other people died in connection with a corona infection. A total of 3023 corona deaths are known in the capital. 7573 Berliners are currently infected with Corona.

Corona in Berlin: 280 new infections in the Mitte district

The number of new infections per 100,000 inhabitants per week is currently 118.2 and has thus increased significantly. On Tuesday the value was still 102.3. The corona traffic light for the seven-day incidence remains on red. Only at a value of 30 does the traffic light switch back to yellow.

Most new infections were registered on Sunday in the Mitte district (+280), followed by Neukölln (+210) and Pankow (+104). All Berlin districts have a seven-day incidence of over 100. The Mitte district (164.4) has the highest incidence within Berlin. Treptow-Köpenick recorded the lowest value with 100.5.

100 infected people infect an average of 90 other people

The traffic light for the number of reproductions is still green. The so-called R value indicates how many people an infected person infects on average. It is 0.90. This means that 100 infected people theoretically infect 90 more people with the corona virus.

531,910 vaccinations have already been carried out in Berlin. 9.65 percent of Berliners have been vaccinated for the first time, 4.46 percent have already received the second vaccination against Corona.

TSMC and Samsung are having trouble

Megan Fox files for divorce – clearing the way for tattoo...

GZSZ star Felix von Jascheroff has a new hairstyle: “What is...