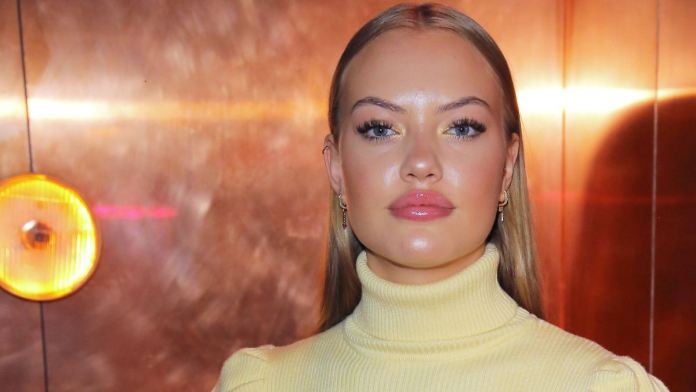 Cheyenne Ochsenknecht gave birth to her first child. She shares the news on Instagram – and also reveals the baby’s gender and name. Fans have to wait a while for more insights into the private life of model Natascha’s daughter and actor Uwe Ochsenknecht.
Cheyenne Ochsenknecht announced the birth of her first child on Instagram. It is a baby daughter. “Everything went great on March 26th, 2021 and little mavie is healthy,” she writes in an Instagram story. The new mother was “overwhelmed and incredibly happy.”

Only last November, the daughter of model Natascha and actor Uwe Ochsenknecht revealed the secret. Few people knew about their pregnancy. Father and mother each received an envelope with a test and a romper suit. “Both were very happy and had tears in their eyes,” quoted the “Bild” as saying the mother-to-be.

The 21-year-old has been together with her boyfriend Nino for almost two years. She moved with him to his Austrian hometown of Graz. Her mother Natascha stayed there a lot last year. And that’s not all: She is said to have even registered her second home in the daughter’s new adopted home.

Cheyenne Ochsenknecht wants to cut things down a bit on her social media channels in the next few weeks: “I’m enjoying the first time with my two and I’m recovering, I’ll be back soon.” Before that, she gives her fans a first picture of her daughter in a romper.

For this photo, Becker’s daughter is scorned and ridiculed – People

Why the vaccinations with Astra-Zeneca are not going well

Bayern beat Mainz 5-2 after they were 0-2 behind

Bertelsmann is reportedly awarded the US publisher by Stephen King