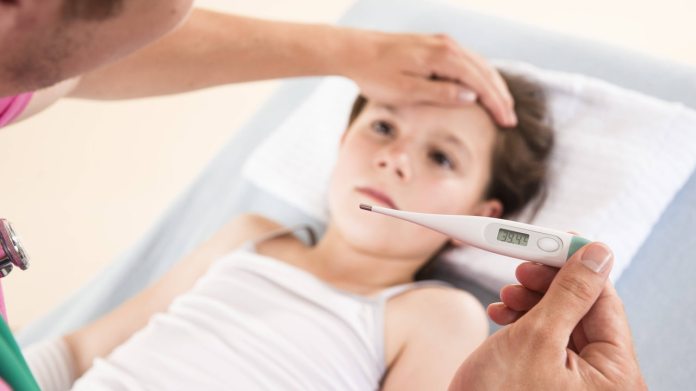 A corona infection is inconspicuous, severe symptoms appear a few weeks later: The “PIM syndrome” also exists in Bremen. How dangerous is it

Doctors have long believed that a Covid infection in children is mostly harmless. It is now known that the coronavirus can also be dangerous for children and adolescents. Strictly speaking, not the infection itself, but the reaction of your own immune system.

It sounds paradoxical: the mechanisms that should protect the body can become dangerous for the body after a Covid infection. Because with the so-called PIM syndrome (Pediatric Inflammatory Multisystem Syndrome), which children and adolescents can get after an overcrowded Covid infection, the own immune system overreacts and causes inflammation in various organs.

Rarely, but to be taken seriously

In the beginning, the scientists thought of another disease, the so-called Kawasaki syndrome. It is now known that PIMS is a new type of disease. The good news: It appears to be a rare occurrence. In Bremen, ten cases have been reported to the Prof. Hess Clinic for Children and Adolescent Medicine since the beginning of the pandemic. According to the German Society for Pediatric Infectious Diseases, there were a total of 245 cases in Germany.

Fortunately, we don’t have such high numbers here in the north, in Bremen, because we don’t have that many patients because of the coronavirus.

In the past few weeks, the number of corona infections among adolescents and children has risen nationwide, which is why the PIMS has received media attention. However, according to experts, panic is not appropriate. But vigilance. “It is good that it is shown that Corona is no trivial matter for children either,” said the state chairman of the Bremen professional association of paediatricians, Stefan Trapp. “But it is also important not to be afraid if the child has had Corona and now has a little stomach ache. With PIMS you can already see that the child is seriously ill.”

The symptoms are rather general

The problem is that the symptoms are very unspecific, says the chief physician of the children’s clinic Prof. Hess, Martin Claßen. “High fever, abdominal pain, skin rashes, conjunctivitis” can occur. “So it’s important to think about it,” he advises parents. Especially if the child has a high fever, the syndrome should be mentioned to the doctor, because not all corona infections are noticeable in children. In some cases, the Covid disease remained undetected in PIMS patients because it was asymptomatic.

Overall, the PIM syndrome is well treatable if it is recognized in time, but a hospital stay is necessary, warn the doctors. “It can attack all organs, but heart involvement in particular is problematic. Cardiac output must be monitored,” says Claßen. It could lead to circulatory disorders. The treatment would usually use cortisone or drugs that block or dampen the immune system.

The PIMS, or Pediatric Inflammatory Multisystem Syndrome, is also called MIS-C (Multisystem Inflammatory Syndrome in Children). It belongs to the group of inflammatory diseases such as Kawasaki syndrome, which, however, tends to affect young children. Both diseases are very rare, but dangerous. According to the World Health Organization, symptoms observed include a high fever associated with inflammation of the mucous membranes, gastrointestinal problems, cardiovascular problems, or skin rashes. There is still disagreement as to whether the PIMS can cause permanent consequential damage in rare cases.

Illness can be treated well

The disease usually develops one to five weeks after the corona infection, explains Trapp. All age groups can be affected. According to the experts, the disease should be cured after two or three weeks. It is still unclear whether consequential damage can persist in some cases. The DGPI reports them in about seven percent of all cases, but it is still too early for Claßen to make reliable statements. “The clinical picture has only existed for a year, so there is still little that can be said about it. We personally believe that if you recognize it early and treat it well, there is a good chance that everything will normalize completely.”

It is important to realize that Corona also carries risks for children. But also heavy ones [PIMS-]Gradients are easy to treat. Don’t panic about it.

Lord Kelvin is right – the Kelvin equation for the condensation...

Bundesliga: Last show of strength for Salzburg and LASK The way for the Brexit agreement from January 1st is free