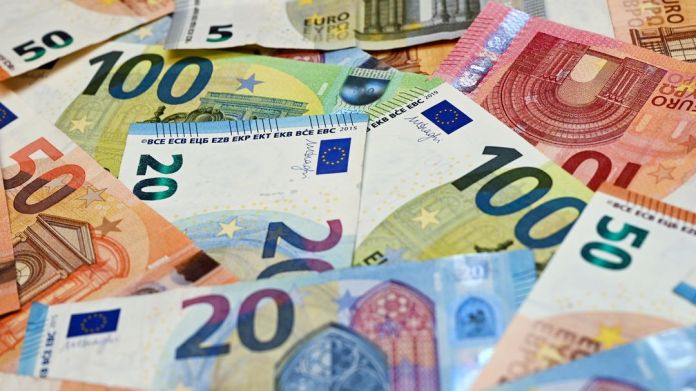 Wiesbaden. Rising energy prices further boosted inflation in Germany in March. The annual rate of increase was 1.7 percent, as the Federal Statistical Office announced on Tuesday based on preliminary data. That was the highest level since February 2020 – the last month before the outbreak of the corona pandemic – at then also 1.7 percent.

In February of the current year, the authority measured a rate of 1.3 percent, in January of 1.0 and in December 2020 of minus 0.3 percent. Compared to the previous month, consumer prices rose by 0.5 percent in March.

For household energy and fuel in particular, consumers had to dig deeper into their pockets (plus 4.8 percent) than a year earlier. At the beginning of the pandemic in March 2020, crude oil prices collapsed due to low demand in the economic crisis. This effect is now being reversed in the course of the global economic recovery. Economists attributed the rise in inflation in March mainly to this.

For a higher price level in the long term, wages would have to rise

The expiry of the VAT reduction at the end of 2020 and the CO2 levy introduced at the beginning of the year, for example on diesel, gasoline, heating oil and natural gas, also influenced the development of consumer prices. The federal government lowered the value added tax for half a year last year in the fight against the consequences of the corona crisis.

Economists expect inflation in Germany to pick up this year. On the other hand, it is controversial whether consumer prices will rise permanently. Thomas Gitzel, chief economist at VP Bank, does not consider “fear of inflation” to be appropriate. For a sustainably higher price level, wages in particular would have to rise more sharply. “But in view of the Corona crisis, the upcoming wage negotiations will probably be more of a diet than gluttony.”

The inflation rate is an important yardstick for the monetary policy of the European Central Bank (ECB). The central bank is aiming for an annual inflation rate of just under 2.0 percent for the entire euro area with its 19 countries in the medium term – far enough away from zero. Despite the zero interest rate policy and billions in securities purchases by the central bank, this figure has not been achieved for years. Persistently low or falling prices across the board are a potential risk for the economy. They can tempt businesses and consumers to put off investing.

In Germany, the harmonized HICP consumer price index, which is decisive for the ECB’s monetary policy, was 2.0 percent above the level of the previous month in March.

The rise in inflation is bitter for savers. According to calculations by the Commerzbank subsidiary Comdirect, the real interest rate – i.e. the interest on savings deposits after deducting the inflation rate – was minus 1.37 percent in the first quarter of 2021. Accordingly, savers in Germany lost a total of 8.8 billion euros due to low-interest deposits.

Barca coach Koeman: “The championship will be difficult”

Flixbus wants to offer trips again from the end of March

Fight against the corona virus in Stuttgart: the vaccination centers are...

Meghan and Harry publish podcast – with guests and son