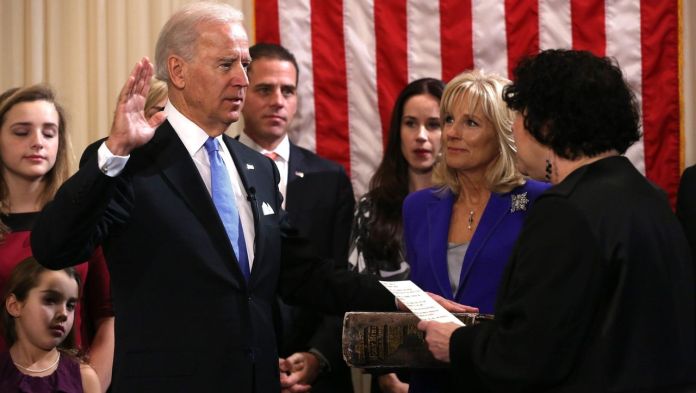 Inflation is always an issue in Germany, even when it is absent. Strictly speaking, the picture is more differentiated: women seem to be more afraid of inflation than men, East Germans more than West Germans, South Germans more than North Germans. And on average they are all wrong.
After years of extremely low inflation rates, we are at a turnaround. That inflation will pick up seems a foregone conclusion. The only question is how strong and how permanent these price increases will be. Tuesday new inflation figures are published for Germany, Wednesday for the euro area as a whole. The rates are still low. But the curves point upwards.

The location on the price front

The expectation of a coming price surge is also gaining ground in the financial markets. The yields on government bonds have been rising since last summer: Because investors fear a loss of monetary value, they are demanding higher interest rates to compensate. Yields on ten-year US bonds have tripled since last July, albeit at a very low level – at just 1.7 percent at the end of the week. German government bonds are still generating negative returns.

None of this looks like a massive surge in inflation, but rather a gradual normalization. The deepest recession in generations has now been followed by a recovery in the economy and thus also in price dynamics. This is roughly the current dominant narrative.

The majority of professional analysts who are regularly surveyed by the European Central Bank assume that inflation rates will rise very slowly in the coming years, to at some point 1.7 percent across the euro zone. Bundesbank boss Jens Weidmann believes that German inflation will be three percent by the end of this year, but only “temporarily”. The situation on the price front is currently relatively calm.

But isn’t it also possible that we can be deceived – that an inflationary phase is imminent, in the course of which inflation rates rise to five, ten or more percent?

Inflation rates of 5 or 10 percent?

There are two reasons for violent outbreaks of inflation: Either the economic policy decision-makers assess the situation completely wrongly and are themselves surprised by violent price increases. Or a state is so weak that governments have no other choice than to let inflation run and finance public spending through the printing press. Sometimes both come together. There are plenty of historical and current examples.

The fact that inflation got out of hand in the 1970s was initially a result of misjudgments. Central banks and governments in the US and Europe overestimated the productive potential of their economies and underestimated the consequences of rapidly rising oil prices. When the economy overheated earlier than expected, inflation rates rose. In many western countries, including the USA, Great Britain and Italy, they reached double-digit values. Braking the price dynamics again was difficult and required a political show of strength. Because first of all, interest rates had to go up, which meant recession and unemployment. It took many years for the “Great Inflation” era to come to an end.
Weak political institutions encourage high inflation rates. In Weimar Germany, the young, controversial democracy did not see itself in a position to meet the demands on the state other than by printing ever larger amounts of money – which resulted in the hyperinflation of 1923 and to this day as a collective trauma in the national memory is anchored.

Argentina has various currency reforms behind it; the inflation rate is currently back at 40 percent. In Turkey, President Recep Tayyip Erdogan is currently resisting a necessary tightening of monetary policy; recently he fired the third central bank governor within two years without notice. The currency is smearing, inflation is already over 15 percent – and the trend is rising.

Of social and monetary values

The mechanics are always the same: governments try to buy approval through higher government spending, but are unable to get proper funding (through higher taxes). Accordingly, expenditure is financed on credit and at some point with the help of the central bank, which in turn leads to inflation. This connection is scientifically well proven, for example in a classic study by the economists Sebastian Edwards and Guido Tabellini.

In the past few decades, this pattern was particularly evident in emerging and developing countries, as various studies have shown. It looks as if the unsound financial management of states is a “symptom of deeper institutional problems”, not the actual cause, concluded a group of researchers led by the economist Daron Acemoglu.

They had less formal issues such as central bank independence or constitutional debt rules in mind. Rather, they were interested in how societies function internally: which values ​​and norms they share, how the rule of law and private property rights are enforced, how social conflicts are resolved, whether the abuse of economic and political power is effectively combated. Where this social set of rules is weak, instability and inflation are more likely to occur. Extreme failures like Venezuela or Zimbabwe provide terrifying illustrative material. In their investigations, Acemoglu and his colleagues primarily focused on former colonies. The established West, on the other hand, seemed immune to such institutional weaknesses. In the meantime, however, you have to ask yourself: is that still true?

Example USA and EU: When in doubt, only money printing is possible

In any case, the course of the USA and also Europe raises doubts. In the United States, more than $ 6 trillion in economic aid is expected to flow in 2020 and 2021. In addition to last year’s packages, there is Joe Biden’s $ 1.9 trillion program. Together, this results in the enormous volume of 20 percent of US economic output, as the economists at asset manager Blackrock have calculated. Now the White House is also pushing an infrastructure program that is said to amount to an additional three trillion dollars.

The crux: The majority of this additional expenditure should be financed through new debt. Because higher taxes are hardly politically enforceable. The deeply divided American nation will find it difficult to agree on fundamental structural reforms and tax increases, but perhaps on spending money with both hands. Risks and side effects – inflation, rising interest rates, a financial crash – are conceivable, but currently not the most pressing problem in a country that has only narrowly escaped national chauvinism (Donald Trump).

Corona fund of the EU: Lots of new debts

In the EU, the order of magnitude is more modest, but the pattern is similar: First of all, you run into a lot of debt. How to use them later remains unclear. The EU is to have its own tax sources in the future, but how exactly these should be structured – and whether they are capable of reaching a consensus at all – is open. It would have been desirable if the creation of the 750 billion euro corona fund, which the EU wants to finance primarily through joint debts, would have been accompanied by conclusive financial policy competencies for Europe. Now the Federal Constitutional Court stopped the ratification of the anti-corona package for the time being. That too. After all, the money should be paid out from the summer.

All of this is an expression of the institutional fragmentation and internal weakness on both sides of the Atlantic. Politics in many countries is polarized, citizens are losing confidence in state institutions, and the performance of governments, parliaments and the EU Commission in the Corona crisis raises worrying questions about the state’s ability to act, including in Germany.

The institutional erosion that the West has suffered in recent years makes inflation more likely. When politicians can barely agree on anything, the central banks get in a tight spot. In case of doubt, only state money can be created.

After the shutdowns: is an exuberant boom looming?

The radical nature of the Corona crisis creates great uncertainty, even among government decision-makers. It is possible that economic policy underestimates the dynamics after the Corona crisis and makes mistakes similar to those in the 1970s. It is conceivable that the pandemic will leave deeper marks on economic structures than expected. That after the vaccination campaign, citizens give in to their pent-up consumerism and quickly shut down the savings they built up during the shutdowns.

That the government’s economic stimulus programs are too plentiful. That the economy is drifting into an overflowing boom that is leading to price increases that have not been seen in four decades.

Sure, policy mistakes like this can happen. We are all in uncharted territory. But where the institutions are able to act, the central banks can take countermeasures: cut back bond purchases, raise interest rates. You don’t exactly make yourself popular with it, but that is not part of the job description either. The main thing is that they still enjoy the necessary respect.

The main economic events of the week ahead

Monday
Brussels – A land of ruins – Start of the EU-Syria conference.

Tuesday
Wiesbaden – Up, but how fast? – The Federal Statistical Office presents an initial estimate for the German inflation rate in March 2021.

Luxembourg – Euro-Inflation – Eurostat publishes a first estimate of the euro-zone rate of inflation in March.

Nürnberg – Job losses – The Federal Employment Agency reports on the development of the labor market in March.

Thursday
Such – Japan groans – The Bank of Japan releases its quarterly Tankan poll on sentiment in the economy.

Outdoor fitness in lockdown: McFit pumps in the parking lot

After soaring: Bitcoin falls significantly behind after chasing a record |... 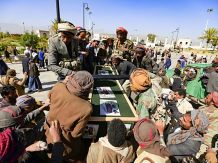 Can be ordered now: The new full hybrid versions of the...