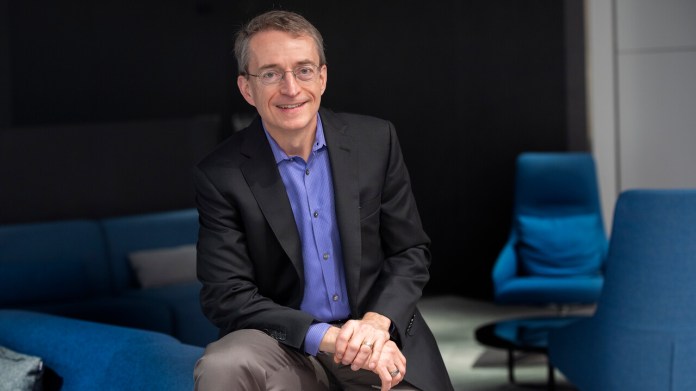 Intel’s new CEO Pat Gelsinger made the first eagerly anticipated announcement on how Intel will position itself in the future. At the forefront is the expansion of semiconductor production, Intel will invest a total of 20 billion US dollars, build two new factories and upgrade the fab in Ireland to 7 nm.

It is the hoped-for escape forwards that Intel is taking in times when the capacities of the semiconductor factories have completely reached their limits. Instead of giving up the factories or continuing to operate on a small scale, the manufacturer goes on the offensive. For this, Intel is taking 20 billion US dollars out of the war chest and will build two new factories in the USA, not far from the recently completed campus in Arizona and home to the new Fab 42.

But Intel also has Europe and its plan for a 20 percent share in global semiconductor production on its radar. A total of 7 billion US dollars flowed into the factory in Ireland between 2019 and the end of 2021. The conversion and expansion for the 7 nm process has already started there and should be completed shortly. Intel’s 7 nm chips from mass production could then come from Europe. And that’s not all, for the coming months Intel is planning the next steps in Europe as well, the financial incentive of the EU a few weeks ago should have a part in this.

The foundry model is set to return: IDM 2.0

The huge demand for semiconductor capacity should also be used by Intel for partners. Many years ago it failed miserably because of its own foundry model, but the new start should work better. Everything trimmed to standard tools, rules and PDKs should help; that was the biggest problem in the past, when Intel’s tools were considered too bulky and complicated.

The two factories in Arizona should therefore partly only be operated for partners and not only be available for x86 chips, but also – and here, for some analysts, hell is literally frozen over – for ARM and RISC-V.

At the same time, Intel itself will also make greater use of external foundries. From 2023, a broad product mix is ​​to be available not only internally, but also from external production. That clearly includes Core and Xeon processors from the year 2023, explained Intel – also a novelty.

But Intel is opening up even further. Together with IBM, the topic of performance and packaging of chips for the future will be dealt with in a research cooperation. The field is initially large, and further announcements are likely to follow in the future.

In the second quarter of this year, the first 7 nm solution for the desktop, Meteor Lake, is due to celebrate its tape-out. The chip uses the last and new EUV production step with additional scanners from ASML from Intel and is based on compute tiles. He has been mentioned as the successor to Alder Lake for some time. If the schedule turns out to be suitable, it should be available in 2023.

We are moving rapidly through 7nm process maturity, with a simplified process and increased EUV. The compute tile for Meteor Lake, a breakthrough 2023 client processor, will tape in next quarter. https://t.co/lY5fO1aYAJ pic.twitter.com/WzkJL0gPRw

In the server, Granite Rapids will be the first model to use 7 nm from Intel and replace Sapphire Rapids. This model with compute tiles will also appear in 2023, so not all individual parts will be manufactured at Intel in 7 nm, but external chips will also be used. Intel wants to keep its flexibility open.

The stock market liked the all-round blow. Although many dates and dates were only hinted at on the part of Intel, the share rose thanks to a raised forecast for the first quarter in parallel with ASML, which is delivering new EUV exposure systems. At the same time, the price of AMD and even more that of TSMC fell, which the less informed rumor mill was recently seen as the manufacturer of almost all Intel chips. This does not happen for now.

Medical Association: Clinics in Bavaria are reaching their limits

Corona regime: the worm is inside