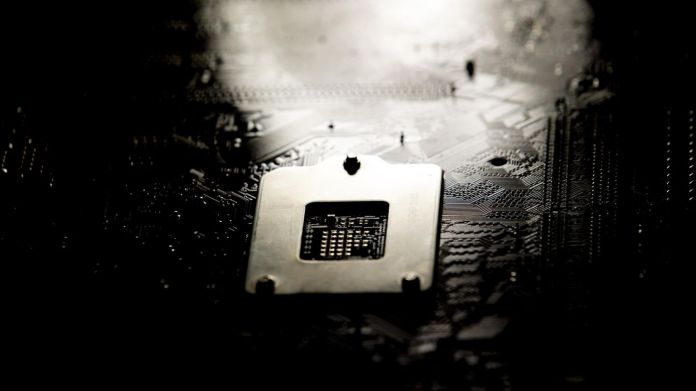 With the development afterwards, a growing competition and the loss of Apple as one of the most important customers: The former processor king Intel is going through difficult times. Now they announce a daring countermeasure that previously seemed unthinkable.

Intel Inside: This has long been emblazoned on every serious computer. But for some years now, the supremacy of the processor king has been shrinking. While the competition grew stronger and stronger, the group slept through important changes, the once so important innovation failed to materialize. A wake-up call now appears to have been heard. And Intel wants to save itself with a measure that would previously have been seen as desperation.

On the surface, the decision seems to be primarily a reaction to the current market: Chip production worldwide is suffering from bottlenecks. While more and more devices are installing a steadily increasing number of chips and the corona crisis is also driving up demand for laptops and tablets, production is not keeping up. One reason for this is that building new chip factories is very tedious. It seems like a logical step that Intel is now investing US $ 20 billion in two new production facilities in Arizona and creating 15,000 jobs. But actually there is nothing less than a paradigm shift for the group behind it.

The new strategy was announced yesterday by Intel CEO Pat Gelsinger. And despite the inconspicuous and technical appearing name “IMD 2.0”, it amounts to a revolution. Instead of developing all of the chips in-house that the group sells to its customers around the world, as before, they want to serve as a pure manufacturer in the future – and build processors from the development of other groups to order. The claim to develop the best chips in the world is thus officially settled. And yet it should be Intel’s only chance to iron out the mistakes of the past.

At first glance, it is not immediately obvious that Intel is in a crisis. Profits have been increasing consistently for years, especially in the last year Intel, like the rest of the industry, profited massively from the home office boom, sales rose by a good eight percent in 2020. With $ 77.87 billion in revenue, the company had had the best year in its history – at least financially. But the truth also includes: The times of Intel’s decades of dominance in the processor market are slowly but surely coming to an end.

There are several reasons for this. For one, there is the rise of smartphones and tablets. While they overtook the classic computer, Intel initially overslept the growing market. When the first smartphones with Intel processors appeared at some point, it was too late: Instead of the X86 platform used by Intel, the less energy-hungry ARM chips had prevailed. And thus created new players: The chip manufacturers Qualcomm and TSMC owe their meteoric rise in recent years primarily to the ARM business. And they’re getting closer to Intel: With $ 47.78 billion in sales, TSMC was still well behind the top dog. But growth was significantly stronger at over 25 percent. It is probably only a matter of time before TSMC overtakes Intel.

But even in its own domain, the PC processor, Intel is currently on the decline. The only serious competitor, AMD, was known only to enthusiasts for years and stood for low prices rather than top performance. Those who wanted the best bought Intel. This lead is gone. With the introduction of the AMD Ryzen in 2017, the tide turned against Intel. AMD’s chips are no longer just cheaper, they often also offer more performance. And that with less power consumption.

The comeback came at the worst possible moment for Intel. The group, which has stood for innovation for many years, does not manage to keep up with the ever-shrinking chips. This is now taking its toll: While Intel is still struggling with quirks in production down to 10 nanometers (nm), AMD has long been consolidating and can already deliver chips in 7 nm design. Intel will not be able to do that until next year at the earliest, the company admitted contrite in January.

From customer to competitor

The problems in developing its own, modern chips are now likely to have at least caused the company’s hardest blow: Apple was tired of waiting and announced last summer that it had developed its own processors. Intel didn’t just watch the most valuable company step into the computer processor ring. It also immediately lost one of its most important customers.

Apple would be dangerous enough as a competitor. Because the company has been developing its software and hardware for the iPhone completely in-house for years, it has been able to optimize them much more closely than the other manufacturers were able to do. The result: The A-processors of the iPhone have been racing away from the competition for years. A similar picture emerged with the first Mac computers with the self-developed M1 processor based on ARM, which were presented in autumn: Apple not only achieves significantly better computing power with them than with previous models with Intel processors. The Macbook Air can even do without a fan completely, while the runtime increases to up to 20 hours.

Even more than the failing sales to Apple, Intel is likely to fear the signaling effect of Apple’s switch. Not only had Apple, as a newcomer to the market, downgraded the performance of Intel chips in front of the buyers’ eyes. Unlike Intel or AMD, the company had also succeeded in designing chips using the 5nm process. A slap in the face for the Intel engineers. Almost an even bigger problem: Apple demonstrates with its M-Chips that there is no need for an X86 solution on the desktop either and that ARM can be an equivalent alternative. So far, it had been seen more as a stepchild to mobile devices and tablets. If the most important programs for the architecture should actually be adapted, Intel’s x86 architecture could develop into an outsider at some point.

With the new strategy, also praised as “bold” by Microsoft Satya Nadella, Intel is getting ready for this possibility. Instead of coupling the fate of the group to its own innovative capacity, Intel could then also use its experience and its large capacities for chip production in order to survive in the changing market. Apple could also be imagined as a customer, said CEO Gelsinger at the launch. And that despite the fact that the company had just targeted the new competitor in a series of commercials.

It remains to be seen whether the new path is also a long-term perspective. The market is fiercely competitive, and Intel is one of many among contract manufacturers. In the last attempt to establish itself in the field, Intel failed almost seven years ago. One of the reasons: You had prioritized your own production over that of the customers. That will not be the case this time, assured Gelsinger. This time the strategy will be “pursued much more aggressively”. Many other options are unlikely to remain. “Intel is back,” affirmed the CEO at the end of his speech. The fact that he has to say that after a record year shows how serious the situation is.

Homicide Egnach TG: The arrested woman is said to have been...

Schlager: Last episode of “Welcome to Carmen Nebel” without an audience...

Europe as the “gas chamber of Soros”: Orban’s confidante outraged with...

Nier: Automata – Last secret in the game discovered after almost...