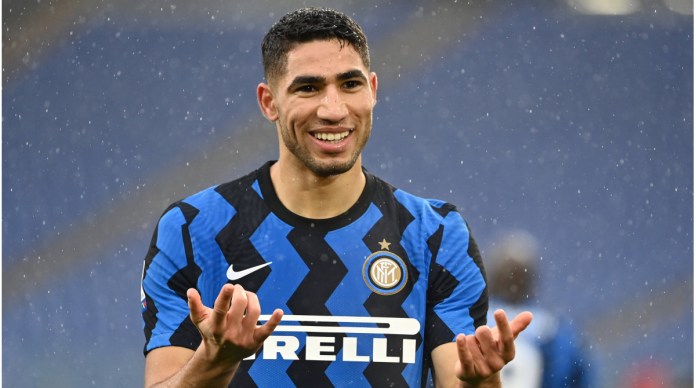 I am a little surprised that Hakimi is so often associated with an exit. He only came in the summer and has played 33 of 36 possible games so far. 12 goal participations do not read badly for a RAV / RM either. Actually, I think he’s a good fit for Inter. You play with a three-man chain and he is allowed to play the rails, he is actually made for this position, as he has defensive deficiencies, but can be very dangerous offensively with his unbelievable pace. Quasi very similar to a Juan Cuadrado, sometimes independent of the quality, purely from the player profile, seen from the strengths.
About Arsenal and Chelsea: Chelsea would of course be more attractive. Play as it looks like CL again next year, have an exciting team and great financial opportunities. With Havertz, James, Zouma, Mount, Havertz, Werner etc. there are a lot of players with whom you could shape an era.
Arsenal is far less attractive right now. Playing under their possibilities and are likely to miss out on international business completely. In addition, they probably don’t have as much money as Chelsea. But there are exciting young players. Saliba, Tierney, Martinelli, Saka, Nketiah etc. It is interesting that Arsenal would then have the fastest pair on RV. Bellerin and Hakimi, plus Auba, Saka and Co, it could go well

Of course it would be nice if Achraf came back to us. He could fit in with Rose’s style of play with his dynamism. Unfortunately unrealistic unless Haaland and Sancho leave at the same time

And if Haaland and Sancho left at the same time, so much quality would be lost that Hakimi might no longer be interested in returning to BVB.

To Chelsea; Ziyech, Pulisic, CHO, Mount, Havertz and sometimes Werner play on the wings / offensive outside. Why should you still try to get Hakimi …

I don’t want to downplay his skills, but with so much offensive quality already there, this transfer would make little sense for Chelsea.

Ex-CDU boss Kramp-Karrenbauer: “A piece of gained quality of life”

Duchess Meghan against “Mail on Sunday”: lawyer speaks of “interference with...