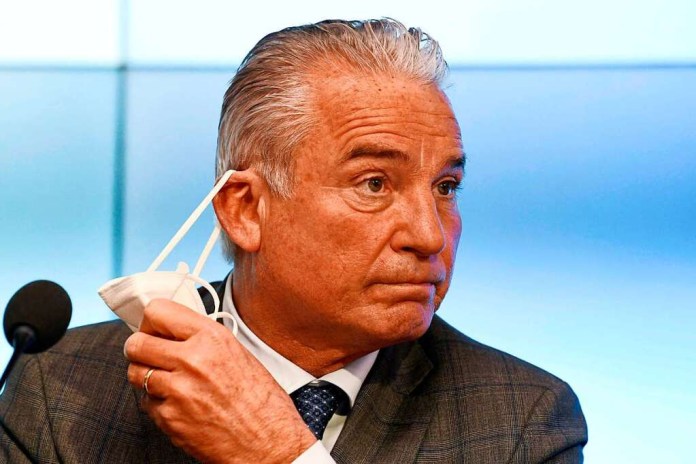 The nationwide seven-day incidence in France is currently 325. Anyone who enters from there on Monday must be able to show a current negative corona test. In addition, you have to register digitally before entering the country. An exception applies to commuters and cross-border commuters: they only have to be tested twice a week. You can also have the test carried out immediately after entering the country.

“If we don’t take massive countermeasures immediately, the consequences will be grave.” Lothar Wieler

It was still unclear on Friday whether there will be controls of the test certificates at the border. The Stuttgart Interior Ministry pointed out that the border regime was a federal matter. Of course, the federal and state police would coordinate. “So far, however, we have not had any specific indications as to whether and to what extent border crossings are affected.”At a joint appearance with Health Minister Jens Spahn (CDU) on Friday, RKI President Wieler painted an extremely gloomy picture of the situation. There are clear signals that the third corona wave that has just begun “can become even worse than the first two waves”.

Wieler fears that the health system will be overburdened and that numerous people will die. “If we don’t take massive countermeasures immediately, the consequences will be grave.” The RKI boss believes that the number of cases could multiply: “Sure, that could also be 100,000 per day.” On Friday, the RKI reported around 21,600 new infections, the nationwide seven-day incidence rose to 119.Stop the mutant from spreading

The Baden-Wuerttemberg Interior Minister Strobl, who is also CDU Deputy Chief, told the BZ: “The situation is very serious. We really need a brief, all-encompassing lockdown right now to stop the rapid spread of the mutant B.1.1.7. ” During this time, only employees would be physically present in their companies who had to be there or who looked after critical infrastructures.Strobl added that he himself had already proposed this with scientists for November last autumn. “At that time it was not done because there was no political majority. We can repeat this mistake now: Of course it will take longer and will get worse.”

Health Minister Jens Spahn (CDU) asked citizens on Friday to ideally only meet outside at Easter. Germany has probably “arrived in the last part of this pandemic marathon” and it is not uncommon for “every further step to look like an ordeal”. He appealed to the federal states to actually apply the agreed emergency brake. A resolution passed at the beginning of March stipulates that the federal states should take back steps that have already been taken if the seven-day incidence in the state or in individual regions is over 100 on three consecutive days.

Werder Bremen: does Ilia Gruev have to leave the club?

Fireball spotted in the sky over Germany

Priority checks by the City of Vienna team on the Viennese...