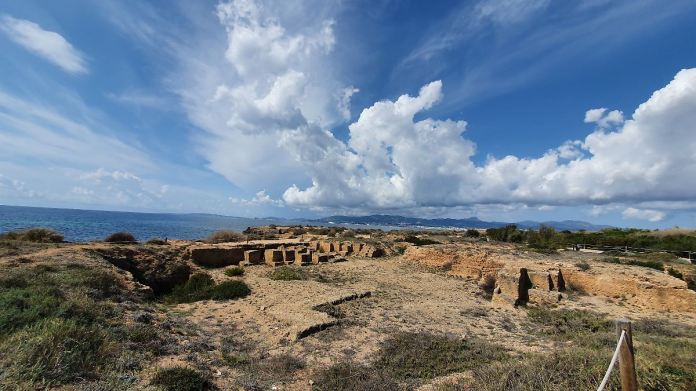 Banning trips to Mallorca is faster said than done. Even Spaniards are currently not allowed to visit the island and British holidaymakers are also prohibited from traveling, but Justice Minister Lambrecht is skeptical whether such an encroachment on fundamental rights would be proportionate.
The Prime Minister’s resentment about Mallorca tourists is great, because holidays inland during the Easter holidays are not possible due to closed hotels and campsites. Bavaria’s Prime Minister Markus Söder said in his government statement that testing is only the “minimum”. “And I would prefer we could come up with a few other measures.” It is “simply difficult to understand and accept for people” that you cannot book a holiday home or apartment with us, but conversely, you can go on a great vacation on Mallorca. Vice Chancellor Olaf Scholz made a similar statement. “It is not a good thing that such vacation trips are taking place in this situation,” said the finance minister.

Chancellor Angela Merkel also sees it that way. It could not be that you are not in a position to prevent people from flying to Mallorca, but that a 15-kilometer radius of movement can be enforced in Flensburg, she said in the morning during her deliberations with the Prime Minister. It is unclear how one can legally ensure that no one flies to Mallorca anymore. There is currently only one test order for a ban. The legal hurdles are high, said a government spokeswoman in the morning.

So far, the federal and state governments have advised against tourist travel at home and abroad in their resolutions to combat the corona pandemic. This is only a recommendation. For inland, however, a solution has already been found to effectively prevent travel: the hotels and other accommodation providers have simply been banned from billeting holidaymakers. Since the federal government has no influence on hotel openings abroad, it has to find another solution.

One possibility would be to make traveling simply unattractive for those willing to go on vacation. Returnees from corona risk areas have to be in quarantine for ten days, from which they can only free themselves after five days. Extending this rule to people arriving from abroad in general would at least have a deterrent effect and would also reduce the risk of infection from returning holidaymakers. However, compliance with the quarantine is difficult to control.

Another option is to at least partially prohibit travel. This happens, for example, in the countries of origin of the other two major Mallorca holiday groups: Spain and Great Britain.

In England, the ban on foreign travel has long been a reality – and not only classic holiday destinations are affected. The English are not even supposed to move out of their own residential area at the moment, and domestic travel will only be allowed again under certain conditions in April. Currently, only those who can show a valid reason are allowed to leave the country. These few exceptions include necessary work trips, funerals or the homeward journey of international students. Anyone who is caught at the airport, ferry port or train station without the necessary form – on which this reason must be proven – must expect hefty fines. Prime Minister Boris Johnson wants to maintain the strict measures until at least mid-May. Johnson can only impose corona measures in England, but very similar rules apply in the other parts of the UK.

Spaniards are threatened with police checks

In the whole of Spain you are not allowed to leave your autonomous community – this corresponds roughly to German federal states. From Catalonia on the Spanish mainland you are not allowed to go to the Balearic Islands, to which Mallorca belongs. In the Balearic Islands, the police check everyone arriving from the mainland to see if they have a valid reason to travel. If not, they will be returned immediately. Taking up work, visiting a doctor or caring for relatives in need are considered sufficient reasons.

Even in German law, there are already provisions to prohibit departure. The authorities can refuse or withdraw a passport or other travel documents. But the thrust is different here. This is intended to stop drug smugglers, for example, or people who are planning an act of terrorism.

The Infection Protection Act, which was amended during the Corona crisis, also provides for the possibility of prohibiting tourist travel. The problem with Mallorca, however, is that the number of infections is low there, so the risk is more in the future. A blanket travel ban that encroaches on fundamental rights would be even more difficult to justify. State intervention must always be proportionate, which means that milder means are not enough.

According to a report by the German editorial network, the Ministry of Justice is therefore very reluctant to ban travel. Justice Minister Christine Lambrecht sees “very high hurdles” and is therefore “very skeptical” with regard to fundamental rights, according to government circles.

Economic lockdown and home office: This is Australia’s recipe for success...

“Then they should make it through the league”