With her investigation report into the Khashoggi murder case, Agnès Callamard weighs heavily on the Saudi royal family. Now the UN expert reveals the reaction of the other side. According to this, a Saudi functionary repeatedly threatened her with death.
In the Khashoggi murder she was a heavy burden on the Saudi royal family – now UN Special Rapporteur Agnès Callamard has made the rude reaction to it public. At a meeting in Geneva in January 2020, a high-ranking representative of the Saudi government threatened to have it done twice if the United Nations did not hold it back, Callamard told the Guardian. A UN colleague who was present at the time told her that. When asked how her Geneva-based colleagues would have understood the remark at the time, Callamard replied, “A death threat. That is how it was understood.”

The journalist Jamal Khashoggi was killed on October 2, 2018 in the Saudi consulate in Istanbul by a special command from Riyadh. The leadership of the Islamic conservative kingdom was then exposed to sharp criticism. The Saudi government only admitted the murder under international pressure.

At that time, the traces led to the closest circle of the Saudi Crown Prince Mohammed bin Salman, the real strong man in the country. UN Special Rapporteur Callamard came to the conclusion in an investigation report that there was credible evidence of possible personal responsibility of the heir to the throne and other high-ranking representatives of Saudi Arabia. However, Mohammed bin Salman denied having ordered the killing of Khashoggi.

Callamard told the Guardian that the alleged threats were made at a high-level meeting of Saudi Arabian diplomats and UN officials in Geneva. Your investigative work on the murder case has been criticized. A senior Saudi official said he had received calls from people saying they were ready to take care of Callamard.

He later repeated the alleged threat. He knows people who would have offered “to take care of the matter if you don’t”. Threats didn’t work for her, said Callamard, who plans to work for Amnesty International soon. “It hasn’t stopped me from doing what I see fit.”

To make it easier for cyclists in the future: City of...

Another tragedy during ship transport: 1,776 cattle have been locked up... 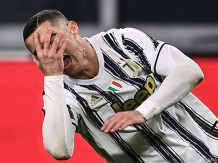 Ronaldo called for a return to strength: “We are Juventus!” ...

Terror in Germany? Syrians were probably planning an attack –...