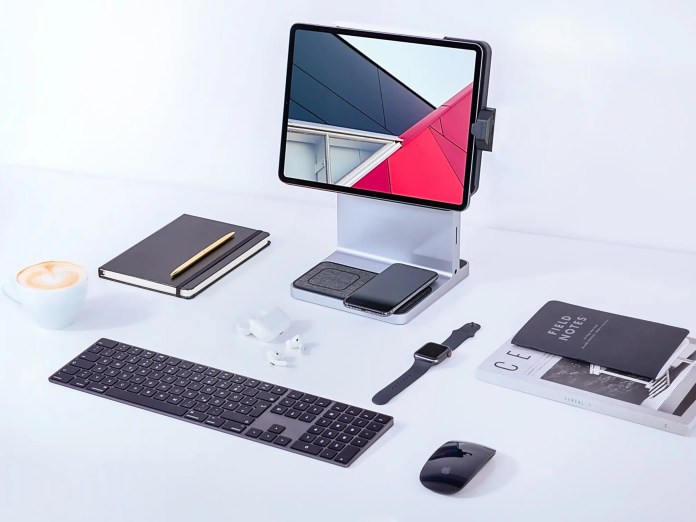 In times of the corona pandemic, not only Macs but also iPads are in great demand. For the iPad Pro and the current iPad Air 4, Kensington offers the StudioDock stand, which can do a lot more than just let the tablet float safely over the desk. Unfortunately, the company is calling for a price for the accessories that has washed itself out.

Kensington StudioDock: iPad stand for around $ 380

For a long time there has been a large selection of cases for the iPad Pro that are designed to make working with the tablet easier. For example, Apple itself has the Magic Keyboard on offer, which in addition to an excellent keyboard also offers an integrated trackpad. For those who need a more “workstation feeling”, Kensington presented the StudioDock at the CES in January, which has now been available for a few days.

The actual tablet is pushed into a magnetic shell so that it can be connected to the stand via USB-C. The tablet is then charged with up to 37.5 watts. The iPad can then be rotated in both portrait and landscape format. The hinge also allows it to be moved up to 120 degrees. What is missing is a height adjustment of the tablet.

For the price Kensington charges, there is more than just a simple aluminum stand that holds the iPad at eye level with the user. In the foot of the StudioDock, for example, there are two Qi charging surfaces that can be used to charge AirPods or iPhone. The two charging pads are also marked accordingly, so that the charging case for the Bluetooth headphones, for example, can be perfectly arranged. It should be noted that the two Qi pads differ: one side charges with 5 watts, while the other supports up to 7.5 watts.

The expandability goes further with a USB-C port on the side of the stand, which is located below the on / off switch. The port supports USB 3.1 Gen1 and charges accessories at 5 V at 3 A or 9 V at 2.22 A. On the other side there is a 3.5 mm jack connection for headphones or a microphone. An SD card slot (UHS-II, SD4.0) above allows reading of memory cards.

The rest of the connections are on the back. In addition to the power supply for the StudioDock, there is a Gigabit Ethernet connection, three USB-A ports (USB 3.1 Gen1) and an HDMI 2.0 port. The HDMI connection allows an external monitor to be operated with a resolution of 3840 × 2160 at 60 Hz.

An optionally available dongle also allows you to charge an Apple Watch.

As mentioned above, Kensington is charging up to $ 400 for the iPad stand. However, due to the possible imminent introduction of a new iPad Pro, the current design of the dock could be scrapped in the near future. So if you are already toying with the next iPad Pro, you should wait and see before buying such a dock.

In order to use it correctly in “workstation mode”, a keyboard and trackpad or mouse are of course also required, which means that the costs could quickly exceed the 500 euro mark. The StudioDock is primarily aimed at those who use the iPad as the primary computer at their desk every day.

Coronavirus – Can you lean back based on the current number...

“No Angels” reissue “Daylight In Your Eyes”

3 days until lockdown: discount battles and more security before the...

Xiaomi mocks Samsung and Apple: That’s why the Mi 11 comes... 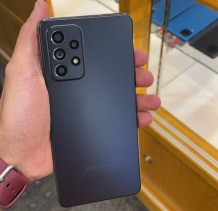