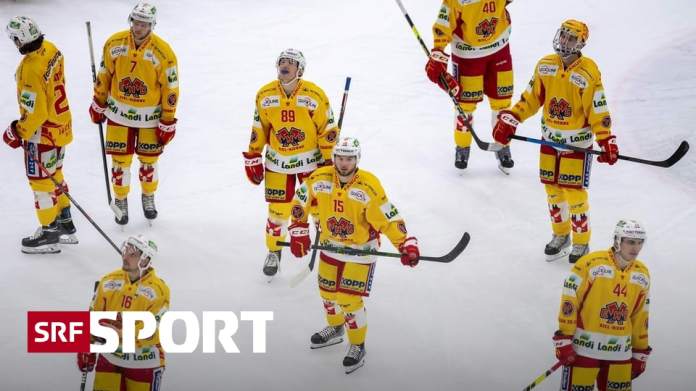 Two corona cases have occurred in the Zealand countries. The effects are still unclear.


The game of the National League on Friday evening between Biel and Geneva-Servette was canceled at short notice. After Toni Rajala’s Covid 19 test was positive on Thursday, the whole team had been tested, the club said. The result for Michael Hügli on Friday was also positive.

The player was positive many months ago. Maybe there was still a remnant of it.

The canton doctor then sent the Zealanders into quarantine. Biel’s sports director Martin Steinegger told SRF that another PCR test had been commissioned. There is little hope that the result will not be confirmed in the follow-up test: «The player was positive many months ago. Perhaps there was still a remnant of it. ”

If the first result is true, however, the game against Lausanne on Saturday should also be canceled in addition to the game on Friday – and the one against Rapperswil on Tuesday would also be on the brink.

Does the coefficient come into play?

The cancellation comes in the National League at the stupidest moment: On April 5th, the qualification should have ended for all teams. However, the Bielers still have 6 games to play – an impossibility if the Zealanders are really only eligible to play again from April 3, as was done in Corona cases this season.

It is therefore quite possible that a point coefficient (points per game) will be used for the final table of the National League.

The woman saw “conspicuous man” in the forest near the village...

How people over 80 get a vaccination appointment

For a better overview – Weissensee