Long-term Prime Minister Benjamin Netanyahu’s right-wing Likud party won around 30 seats in Tuesday’s election, but suffered losses – despite the successful vaccination campaign. Most recently, the Likud had 36 seats in the Knesset.

However, the voters did not break the political stalemate this time either, because neither the Netanyahu camp (with 59 seats) nor the declared Netanyahu opponents (56 seats) achieve the required majority of 61 seats after counting 90 percent of the votes. The preliminary final result is expected for tomorrow, Friday.

The Arab party “Raam” (UAL) passed the 3.25 percent hurdle and is now tipping the scales. Party leader Mansour Abbas did not commit himself yesterday. “We are in nobody’s pocket, not in their right hand and not in their left,” Abbas said in an interview with Kan. Abbas stressed that his UAL will support any government that is ready to solve the problems of Arab society.

“Fall Guys – Ultimate Knockout”: Now it’s off to the future!

Mass tests out of lockdown. Laboratories are ready, 19 cantons... 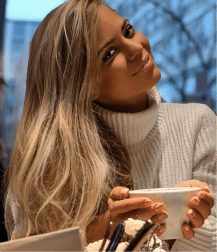 That’s how a lot of people got really rich over Christmas...